Wow, it's been a long time 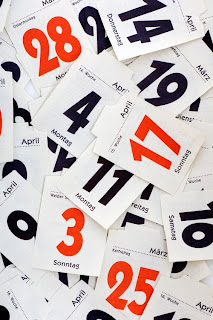 It's been forever since I last posted anything. It's hard to know where to start.

The past two years has been really really tough with my son. He's struggled with alot of behavioral challenges, and we've struggled right along with him. It's been a rough road. His self injurious behaviors consumed us, ok, well, consumed me (I can't speak for his Dad or his brother), and his aggressive behaviors really upset me. I guess that harkens back to my own volatile childhood relationship with my sister. (Conor goes after his brother often, probably because he knew it really really pissed me off.)

Anyway, we switched doctors and it has really paid off. It's tough b/c she's in Richmond, VA, quite a haul from our town, but she has been an asset. Her hard work to heal his gut, calm his "fight or flight" state of being (guess he was permanently stuck on fight) and to rid his body of the seemingly never ending yeast has helped. He's a much calmer kid, less impulsive and self stimulatory, and he sleeps a little better. He's on alot of medication, which nobody likes, but it's certainly helping.

He is struggling with constipation, and we've had to give him multiple enemas. Yuck, yuck, and yuck. Can I tell you how tired I am of poop? And of Conor not pooping? It's like it rules my life. I never, in my wildest dreams, thought I would discuss poop with the frequency and clarity that I do now. Hell, I can even talk about it at the dinner table, which is beyond gross. But, you get used to it, which is how doctors get through medical school I guess.
Posted by Alisa Rock at 10:01 PM No comments: