What doesn't kill you... 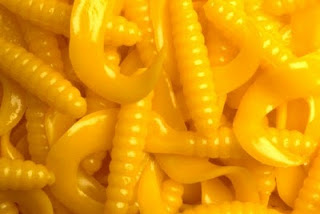 Since my son was diagnosed with autism spectrum disorder seven years ago, innumerable people have told me the tired old adage--What doesn’t kill you makes you stronger. Quite frankly, what I’ve learned over the past seven years is that this is a load of crap.


Anyone who has lived with a chronic illness can tell you. You may be able to live with it, and even find joy in the little things day to day. But it wears on you, like water dripping on a rock. One day, that water will erode enough pieces of the rock, drip by drip, day by day. Or like a parasite that feeds on its host, but never quite killing it. It just makes it weaker. (It’s ironic that a parasite that kills its host isn’t successful. After all, it kills itself as well.)
For me, autism is like that parasite. It probably won’t kill you, although it can be quite painful. It makes you appreciate the times when you feel well and whole. But it can weaken you. On the worst days, just making it through the hours can be a struggle. On the best days, you appreciate near normalcy. But just near, never whole.


As my son grows older and makes progress, it sometimes feels like we’re beating back that parasite. When he’s asking questions. When he is flexible and can adjust to unexpected changes. When he kisses and hugs his baby cousin with genuine joy.
But then the parasite rears its ugly head again, and proves to us that it can still make our lives weaker. Like the weeks of tears, tantrums and literal biting of the flesh in the anticipation of leaving the beloved Wii behind on vacation. Forget that he just lives for the waves, salt water and sand, never minding the cold of the water or the bite of the wind.
Posted by Alisa Rock at 11:53 AM No comments: