“So, today, Conor and I reviewed the new Appropriate vs. Inappropriate Behavior social story,” Paisley, his in-home aid, explained to me at the end of her session. “Tomorrow, Conor and I will review the calendar story, talk about the budget for the week, and I’ll introduce the Back Up Plan story.” 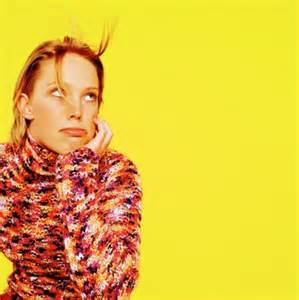 Paisley raised an eyebrow. It’s understandable, after all. Her confusion, that is. I had specifically told her I was going into my home office to write her paycheck and make the changes the behaviorist suggested to the social story.

“I got distracted,” I explained hurriedly.

“See, yesterday, when the kids were in camp," I continued, "I cleaned the third floor. Vacuumed, dusted, did the bathroom, the whole she-bang. Except my office. I didn’t have time for that. Why clean my office before I shred the box of documents?" I shrugged. "It makes a total mess. So I wrote your check—I had to write two ‘cause I screwed the first one up—and then I thought—shredding!”

I smiled broadly. Please don't hate me, I silently pleaded. I thrust her paycheck toward her. Maybe that'll help.

She blinked at me. I felt shame.

“It’ll only take a minute, I swear,” I blurted out. “It’s just a few word changes.” Paisley chuckled.

I blame my husband. It’s his fault, he totally nags me about the shredding.

Ok, not really, it’s not his fault. He doesn't give a rat's fart about shredding. I do, I care about the shredding. O-KAY?

IF I HAVE TO PUT TOGETHER ANOTHER SOCIAL STORY FOR CONOR, I WILL RIP MY FUCKING HAIR OUT.

Whew. Well, there you go. Good to have that off my chest. I feel so much better now.

Carol Gray did an amazing thing when she developed social stories to help communicate ideas, social conventions, and whatnot through these stories. While they have never been effective in directly reducing Conor's behaviors, they are remarkably useful in teaching rules, protocols, expectations, and to describe upcoming events. Which, when wrapped up in a nice, neat ball, help minimize upsets. Mostly. Sometimes. On occasion.

Some of Conor's social stories were written by behaviorists on the unit. Others were written by Paisley, a portion of them are by me, one or two by the new behaviorist. The majority are collaborations. Some are long (Conor whines about them, he doesn't like reading); others are brief. 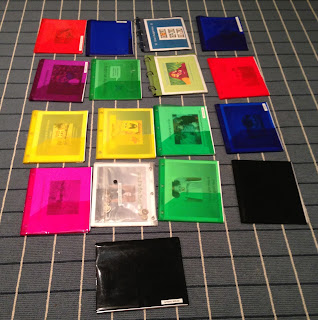 Conor has 17 social stories in heavy rotation right now. There have been a few more, but they have fallen by the wayside. Retired, if you will. He likes to choose the color of the social story folder, and he has even helped me write one called "Buzz and Woody help Conor review his budget"--

Here's why you can't eat ice cream all day, every day, Conor--

Why Conor has to buy clothes from the men's section now. No, I'm not kidding, Paisley had to write a story about this. Conor really doesn't like the idea of growing up, but that's for another post. (Quite honestly, I think he's just chapped that he has to pay higher prices now. It puts a big crimp in his spending. Welcome to the real world, babe. Growing up IS a bitch sometimes.) 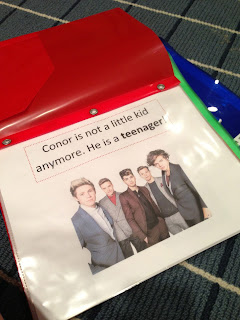 I finally did put the finishing touches on the Back Up Plan social story. See, he really doesn't like it when Mother Nature messes with his mini-golf outings. Or his hikes. Or swimming. You get the picture.

So, one of his behaviorists came up with a protocol for what to do when he has chosen an outdoor outing for his reinforcer for good behavior, and Mother Nature pisses rains all over it.

It was a collaboration. One of his behaviorists came up with the protocol, the other behaviorist added some things to it, Paisley wrote the text during one of Conor's infamous naps, and I selected The Bee Movie as the theme, found the pictures on the Internet, and threw it all into PowerPoint with a few of my own touches. Then we sent it around for edits, tweaked the protocol again once more (two back up choices, not just one), and...

Sorry for the quick transition between slides. You'll have to pause it if you want to read the text because I have finished my shredding and have moved on to my filing. Don't be jealous; I can't help that I live the glamorous life over here.

Posted by Alisa Rock at 7:51 PM No comments:

“I feel sorry for you, Mom,” said Aidan, my 11 year-old typical son. He shook his head, a rueful smile passing across his face.

“Having to deal with Conor all the time,” he continued. “I feel sorry for you.”

“Yes,” I sighed, resigned now. “I suppose that’s true.” It’s true, it is. I can leave Conor with my husband, he can handle it alone if Conor has a tantrum. Me, not so much.

I stared at the back of Aidan’s head as he walked away, his copper hair reflecting the sunlight from the window. How can he be just 11 years old?

God knows, it had been a tough week with Conor. For all of us. I won't admit to self-pity, but I will cop to practically buckling under the strain.

See, one Sunday, Conor decided to buy himself some shorts from his beloved Black Dog online store. I let him, it fit within his budget and protocol, after all, and it IS his money. Problem was, the next day his earned outing was to the National Aquarium, downtown. Silly me, I thought the outing was about visiting the sharks, the fish, a stingray or two. Ride the elevator, the walking escalators, carefully spin through the revolving door. Get some bagels after.

I should know better. In Conor reality, the outing was about the gift shop. T-shirts were $28.00, you see, and he simply did not have enough money left in his budget after buying those coveted Black Dog shorts. Oh, there was plenty to buy for less coin, but he had his heart set on that t-shirt. He has no need for the Aquarium shot glass, you see. (Me, of course, I could put that to good use.) 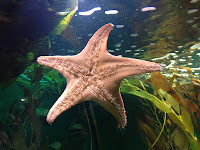 Conor darted wildly through the gift shop; stomping, screaming, crying, red-faced. I’ll spare you the details; it was all very public. My husband and Brian, Conor’s 1:1 in-home aid that day, muscled him out. Aidan hung his head.

Later, after a half-hearted speed tour of the Aquarium, Aidan and I took a cab home. The cabbie overcharged us. I didn’t care. I just wanted home.

Rookie mistake #2. Always take two cars, even if it's just the four of us.

Finally, a week later, it happened. He threw a basketball into the yard. I told him to put it back in the rack with the others. He refused. I looked at his other in-home aid, Paisley.

“Am I doing something wrong?” I asked her.

She shrugged. He'd been close to the edge so often that week, it was hard to know what was going on with him. Since I had told him to do it, I had to follow the behavioral protocol. Three steps—repeat the demand, model the behavior, hand-over-hand. He did it.

Then he blew. It was unexpected, and ugly. Difficult. He’s getting bigger, you know. At 14 years-old, he already outweighs me by fifteen pounds. I wasn’t much help to Paisley, I'm embarrassed to say. The next day we agreed; we were both very sore.


Rookie mistake #3. Don’t tell him to do something unless you’re prepared to follow through.

Maybe someday I'll stop making all these rookie mistakes. God knows I've had enough practice. We've been at this for twelve years now, so clearly I'm not a quick learner. I don't know, it seems like there's so much to keep track of, so much to do that time gets squashed, and he's just so hard to get a grasp on some days. I mean, I can't find the manual to Conor anywhere.

What I do know is this. We asked Conor's psychiatrist to increase his medication. (While it's not unusual for him to get worked up, being that worked up for so many consecutive days is unusual.) We tweaked his behavior protocol a smidge as well, and I'm going to start working out more often.

Exercise. Sigh. Sure I will.  Right after I have this glass of wine.

Posted by Alisa Rock at 5:38 PM No comments: