Keep Your Hands To Yourself 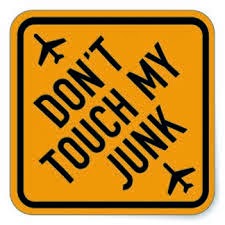 "Conor wants to touch my leg closer to my penis," I said.

"He says that?" his behaviorist, Karen, asked as her eyebrows shot up.

"Yes, he does," I replied, rolling my eyes. "Then he tries to touch my upper thigh."

Just for the record, I don't have a penis. Not sure why I feel the need to say that, but I do, so I am. So there we go.

And for some reason, I was pretty sure Conor knew women didn't have penises. I feel like I taught him about the different type of equipment years ago. Evidently not. He still screws up his pronouns sometimes so maybe he's just flipping it around? (The pronouns, not his penis.)

I don't know. He's still trying to touch my upper inner thigh inappropriately despite my blocking/ignoring/re-directing, and it's starting to really freak me out. And, if I'm being honest, to piss me off royally.

"Has he had sex ed?" Karen continued to press me. "I used to teach sex ed, I can put something together for him."

Oh dear God, I am not prepared for Conor and the whole sex education thing.

Look, I'm no prude. I've filled in the birds and the bees for his typical brother years ago. Hell, thanks to my unfiltered mouth, we've even had to explain to Aidan what the term 'ho' means. And, props to Google and an improperly set parental control filter, he looked up the literal meaning of the f-bomb on the Internet himself and told me all about it. ("I like to know things," Aidan told me. Well, now you know.)

So, back to Conor. We've had our brushes with needing sex ed, what with the questions about eggs, his infatuation with pretty women, and even a discussion about S&M. (Thank you, Rihanna, for that little one.)

It's just that you never know what you're gonna get with Conor, and I do not want to be in the mall listening to him yell out vaGIna vaGIna vaGIna!

I don't know why that would be more embarrassing than his calling out PEnis PEnis PEnis!, which he may do--while giggling. (Insert discussion of feminist/misogynist/patriarchal society/puritanism here.) All I know is that I don't want to be around when Conor starts calling either of those things out as we leave the mall's food court. Just... no, I don't want that. Nobody wants that.

So yes, I will happily hand off the sex education topic for my son on the spectrum to his behaviorist. Leave it to the professional. (Although, in fairness to Karen, that doesn't mean you won't hear Conor belting out vaGIna at the mall's food court, sad to say.)

In the meantime, since he does this most frequently during his morning routine, Karen has come up with a means of removing myself, somewhat, from this process. That's the idea anyway. He's fixated on having me help him do the things he needs to do in the morning (as opposed to his father helping him). 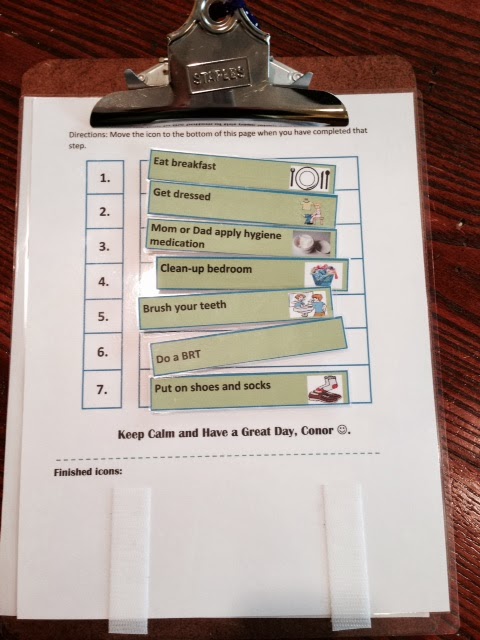 She's broken down the steps in his morning routine, and we're working on his independence in this area. I start him off with the first item on the token board and check-in periodically with him to make sure he's moving along, trying to limit the verbal prompts and helping out when needed. He's supposed to move the token down to the bottom when he's completed that step.

Reducing our interaction will hopefully lower the number of times he's engaging in this fucking annoying behavior, thus (again, hopefully) reducing the self-reinforcing aspect of it and limiting its saliency.

So win-win: more independence in a daily routine and less groping of his mom's upper inner thigh. And, no sex education talk for me.

Look, I tell Conor, just don't hand me no lines and keep your hands to yourself.