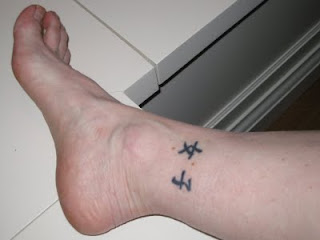 When my son was 5,6,7-years-old, autism meant tantrums. Not "I want that candy bar and you're not giving it to me" 2-year-old tantrums. I mean, 3 hour long head banging, hand biting, window breaking, radiator shaking, threatening to jump-over-the-stair-banister tantrums. Every day. Sometimes all day. Kicking, screaming, go-after-my-baby-brother tantrums. Tantrums because he couldn't turn on the ceiling fan at the store. Tantrums over toileting. Sharing a toy? Tantrum. Electricity goes out? Tantrum. Out of cinnamon for the waffle mix? Tantrum. Can't sit a that restaurant booth? Tantrum. It was sheer emotional agony as a parent. I often describe my son during this time as acting like a caged, wretched animal, full of fury and rage.


To cope, I escaped from the house. Working full time meant I didn't run and hide, alone and anonymously, in New York City. (This was one of my favorite daydreams.) I left my home each day, left the kids with the nanny and the therapists, and dove into my work, thankful for the distraction. At work, I met an assistant who had several tattoos. This was the time when tattooing started losing its stigma as a "rebellious" act, and started coming into vogue as a fashion trend, albeit still not for the unadventurous over 30 set! The assistant convinced me that it would be fun to have a tattoo and I came to believe it would help heal the pain of having a child with a severe developmental disability. After all, at this point in our relationship, I needed a constant reminder of the bond that I shared with my son. It's hard to love someone, even your own child, if your relationship consists mainly of aggression by, and self injury of, your loved one. It's apt that it hurts to get tattooed.

I chose a simple tattoo, black Chinese calligraphy on my right ankle. I can cover it if I have to, you know, for those corporate events. The first symbol, woman, signifies me. The second symbol, son, signifies my son. When read together, it means goodness. I asked one of C's therapists to join me; for some inexplicable reason I did not want my husband to go with me. Perhaps it was easier and more fitting to go with another woman who dealt with C's behaviors too, on an almost daily basis? We went to the Tattoo shop on a Friday night, and after it was over (took 5 minutes), my therapist and I parted ways, and I had dinner with two of my girlfriends.

My tattoo is a constant reminder that, no matter how hard it gets, my son and I have a bond of goodness that is permanent, and binding. No matter what. Because, during those tantrums, I need a concrete reminder of loving him once.
Posted by Alisa Rock at 9:25 PM 1 comment: