Welcome to the Hotel California, Such a Lovely Place 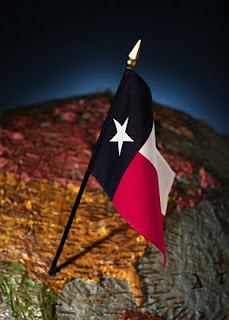 Ah, respite.  For most people, this is just taking a well-deserved break from the kiddos. Parenting is tough. But since my kid has a disability, it's called "respite".

From wordnetweb.princeton.edu, respite is defined as a “reprieve: a (temporary) relief from harm or discomfort.”
Relief from harm or discomfort.  Yes, I would say that would be apt. Like OxyContin for your soul.
This year, I found respite 1,484 miles away from Baltimore, MD at College Station, Texas.  I took my typical 8 year old with me to visit my best friend and her family for four glorious days.  Amy and I have known each other since Mr. Yost’s general chemistry class our sophomore year in high school. Hubby stayed back at home with Conor.
It's so restful to spend time with my typical kid.  He's a breeze.  It was awesome.  I didn't have to worry about him having a tantrum. He’s too young for teenage angst. I didn't have to write him a story about everything that we were going to do. I could go to the bathroom at the airport without bringing him into the stall with me. Can you imagine the luxury?
He actually, get this, played with their daughter--outside--and I could stay inside and have a cup of coffee with my friend!  Isn't that amazing?!?
The problem I have with respite is the temporary part.  You know, my kid still has autism when I come back. I'm right back in the thick of it when I return.  Back into the harm and discomfort of trying to raise my child with autism.  And I love him with all my heart, but he is one tough kid to raise.
I can’t believe I’m going to admit this, but for a long time, I was afraid to go away for respite.  Because I didn’t know if I would come back.
Once, during a particularly tough time, my sister said that I was a strong person (despite my crying to her everyday) because, well, I was still here.  I hadn’t left.  I looked at her like she was a crazy person.  (I should explain that she’s a social worker so she knows that plenty of people actually do leave when things get tough.)
I mean, of course, I had considered it, in the dark recesses of my mind. On the darkest days, at the worst of times. But to actually DO it?  It boggled my mind.  Was that really ever an option? No, of course not.
It’s like that old Eagles song that’s now become such a cliché.  You can check out anytime you like, but you can never leave.  I’m in it for the long haul, goddamn it, but that doesn’t mean I have to like it.
Posted by Alisa Rock at 2:38 PM