OMG, what would the neighbors think? 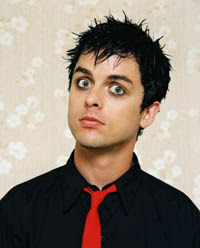 When I was in high school, my mom caught my boyfriend and me steaming up the windows of his Volkswagen Scirocco behind the house.  It was only slightly mortifying.

But what I remember most about the incident (other than how fun it was to steam up the windows) was her reaction.

She didn’t sit me down and talk to me about sex or birth control.  She didn’t question my morals or lecture me about the dangers of premarital lust.  Quite simply, all she said was--


“What will the neighbors think?”
As a parent of a child who often acts unpredictably, impulsively or, let’s be honest here, weirdly and sometimes aggressively, I often wonder what our neighbors think.  Or truthfully, what strangers think. (Our neighbors have actually been quite nice. Except that one horrible woman that no one on the block likes anyway.)
Oh, I’ve gotten past the embarrassment of him skipping around with his funny little dance and high-pitched squeals of happiness.  I’ve moved beyond the shame of him asking quite loudly to become a girl, and I’ve tolerated the remarks from the TSA employees about the green nail polish he had on his nails.  (I mean, really, who cares if he wears nail polish sometimes?  I like to think of him as going through a Goth phase.  How very punk, I tell myself.  How very Billie Joe Armstrong-ish.)
My face still gets red, though, when he picks his nose (and eats it, gross).  I get a hot flash when he sticks his hands down the back of his pants.  (OMG, please don’t have found anything back there!) I am BEYOND mortified when he starts tantrumming in public.  He’s twelve, for Pete’s sake.
I mean, can you imagine what those other parents must be thinking?  I know what I’d be thinking if I was watching this go down.  “Can’t that mom control her child?  What the hell is wrong with her? What’s wrong with him?”
Well, back in 1987 when my mom caught me making out with Troy in his car (he had a CAR!), I didn’t much care what the neighbors thought.  Today, I’d be fooling myself if I said that my son’s behavior often doesn’t embarrass me or make me cringe.   I just wish it was because I caught him out back steaming up the windows with his girlfriend.
Posted by Alisa Rock at 8:54 PM

Just reading your blog...very good :-).
Talk of coincidence...i have a 1987 Scirocco and i am planning to use it to raise money for a charity close to my heart....To support Autism research and education :-)

My son, now 10, has just been diagnosed with the illness/disorder (never sure what to label it as!)

My webpage, from a previous "mission" with the car, is here:

Oh, I suppose disorder is the most common term. Can't wait to check out the Scirocco. Best of luck with the charity work! Thanks for reading.