Oh no, not quirky. 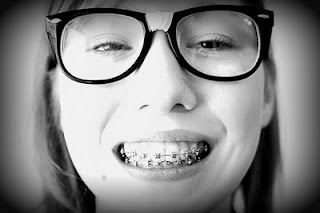 I dislike the word “quirky”.  It lets people off the hook.

Quirky is too easy.
Quirky is liking broccoli with peanut butter.  It’s enjoying punk polka dancing, liking pina coladas and getting caught in the rain.

Quirky is fun, unexpected, kind of cute, a little peculiar. It’s wearing a raspberry beret in the middle of the summer.
Some of my son’s behavior is quirky, I’ll admit. He’s twelve, but he still skips around when he’s happy.  He’s never been much of a hand flapper; more like a hand wringer.
But many of his behaviors are very disabling.  And most are downright weird and somewhat antisocial.
In all honesty, I could handle quirky.  I’d rather read a book than play a sport (any sport).  I took clarinet and piano. AP English classes. I was in the marching band, dude, I know all about quirky.
I was a geek, a dork, a nerdlette.  I wore glasses and braces, simultaneously, with a healthy smattering of Clearasil. Some might say I'm still quite a nerd. I mean, I blog.
I know that sometimes people like to say that individuals with autism are quirky because it makes their behavior seem lovable, it makes you feel warm inside, all fuzzy.  Look at me, I love my little dork.  And I do often smile at some of the things Conor does. Like literally marching around the kitchen to his favorite Maroon 5 song.
He used to do this little dance, where his feet (only his feet) swirled around like beaters on a mixer.  We called them “Happy Feet”.
I guess maybe if my son had Aspergers or a much more mild form of autism, I would feel that way about quirky too. Or maybe if he didn’t have such a high level of behaviors.  Even most dorks can be friends with other dorks.  That’s what the A/V club is all about, after all.  Or the band.  (I was a flag.  One of the big ones.)
And I know it’s hard for kids with Aspergers or high functioning autism (HFA).  The bullying, the teasing, the awkwardness, and sometimes the anxiety and depression. Knowing they are different, not quite sure why but looking for acceptance… just like the rest of us.  Hopefully they come out of school with a friend or two or three, and find their home in academia or at Microsoft.
I just worry about Conor, that’s all, not having any friends.  Not knowing how to make friends.  Not understanding how to be a friend. I know he wants to.  He just doesn’t know how. And it's so hard to teach.
That’s why it’s good that he has a brother.  At least someone will have his back. Now I just have to teach Conor how to appreciate his brother.
Posted by Alisa Rock at 9:32 PM