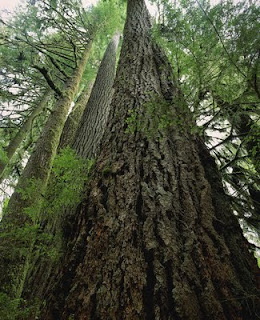 A few weeks ago, the local NPR station ran a promo about an upcoming Midday with Dan Rodricks show that featured two prominent, local experts on autism, Dr. Rebecca Landa and Dr. Paul Law.
They were discussing the controversy surrounding Dr. Mark Greier and his Lupron treatment for nine children with autism.
Normally, as a parent, I take these things in stride.  But this promotion really got on my last nerve, as my roommate from college used to say.
The promo kept referring to “desperate” parents.  I’ve heard this before.  They’re referring to parents who, some people think, were so “desperate” that they’d try anything to cure their child with autism.
It’s usually the biomedical parents that are labeled with the “desperate” moniker.
I kept asking myself, every time I heard the promotion… why does this get stuck in my craw?  Why does it bother me so much?
Yes, of course, if you saw your typical toddler disintegrate within a few days time, you’d panic.  You’d be in distress.  It took my kid about a week to lose his eye contact, stop talking and stop sleeping.  You bet your ass we were in distress.
Uh, hell-o, who wouldn’t be?
My beef with the word “desperate” is that it connotes some sort of crazed state.  You’re grasping at straws, silly Mommy, just accept your lot in life.  Just take him home and love him. (Say it in a sing-song voice; there, you've got it.  Check it out:  You can't always get what you want.)
Look, I have no idea whether what Dr. Greier was doing was kosher or not. There are plenty of trustworthy doctors out there trying to help parents figure things out.  I’m sure there are some charlatans who are preying on them as well. Many doctors prescribe drugs off-label, but then again...
You may not agree with parents who seek a medical answer to their child’s autism spectrum disorder.  That’s fine.  I just don’t understand why parents who do are labeled as “desperate”.
In the end, some of these ideas we consider desperate and crazy just may have some credibility.
As Dr. Law pointed out during the show, quinine has saved his life more than once. (He grew up in Africa.)  Quinine is a drug that is made from the bark of the Cinchona tree.
Bark.  From a tree. Sounds pretty crazy to me; you must be desperate to try that.
Posted by Alisa Rock at 9:05 PM