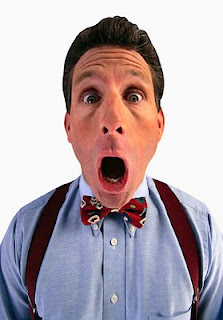 I think I can pinpoint the exact moment when Conor became very aware of the female form.  Oh, he has always loved the ladies, but in the young, fawning way that some six-year-old boys do.

But last summer, something changed for him.

Conor loved visiting their home and orbiting around their two kids, Ricky and Bridgid.  (Or Rick’n Chicken as Conor used to say during his name-twisting phase.)

So when they bought a beach house, we gladly headed down to Rehoboth to join them for a weekend of fun, sand and surf, and lots of laughs.

(Free beach weekend… whoo hoo!)  As an added bonus, a mutual friend of ours who lives in Boston would be visiting as well.  Score!

Conor was thrilled beyond the pale.  He simply loves exploring people’s homes, peering in closets, turning lights on and off, gazing lovingly at the ceiling fans.  Opening doors, closing doors, he practically had a racing circuit around the house.

I was sitting outside on the patio, drink in hand, of course.  We had all finished a wonderful day on the beach, taking our turns in the showers in an effort to get the sand out of our cracks and crevices. Conor was running around unsupervised in the house. (I blame the drink.)

Maria didn’t tell me right away.  In fact, I think it was our friend Karen who spilled the beans, as they say.

Now, I feel the need to stop here and inform you that our friend Maria is a striking six foot tall, statuesque, athletic blonde with a quick wit and an infectious laugh.  I’m sure Conor got quite the eyeful, and, honestly, a tough comparison for the future ladies he peeps on.

My eyes bugged out. My hand flew to cover my mouth. “Wha?!?  No! What happened?” I squealed, mortified.

Maria laughed, thankfully.  She had gotten out of the shower, and was drying off, I guess.  Conor, in his fit of door opening and closing, well…. opened the door. (Without knocking of course, we’re still working on that social convention.)

The report was that he quickly closed the door.  I’m suspicious, though.

Ever since then, I’ve often caught Conor going on iTunes and staring longingly at Beyonce album covers.

So far, he’s downloaded three of her videos.