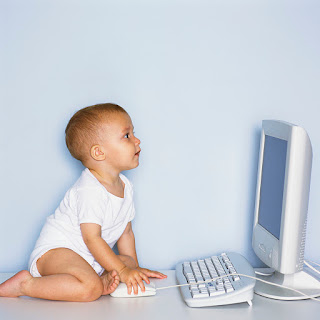 At the end of the last school year, Aidan (my typical child) received a stellar report from his teacher. She had some words of advice, however, as he made the transition from second grade to third grade.

Aidan would benefit from practicing his writing every day during summer vacation to prepare him for the increased rigors of third grade.

Ugh, I thought.  I love writing, but alas, my second kid does not.  The tears, the sweat, the heartache we have endured during the last school year have been epic.  It’s those Wade genes, with their love of science and math that dominate my progeny, I mutter to myself.  (Quietly, so that my husband doesn’t hear. Although, to be honest, my sister-in-law forewarned me about the dominant Wade genes.)

To entice my 9-year-old freckled-faced redhead to write, I offered to set him up on a blog.  He’s always dying to read what I’m writing, although I don’t let him since I consider it “adult material”.  Ah, the forbidden fruit.

But setting up a blog was harder than I expected, at least for a 9 year-old.  I guess, in the weird way we have now of trying to protect kids online, there aren’t any blog sites for kids, at least not that I could find. I guess nine is considered too young for a blog of his own? (Really?  Sounds like a GREAT language arts project to me.)

And then Conor went bazooka and we began to deal with his hospitalizations.  I have no idea what we’ve been doing the last three months without Conor in the house, but (bad mommy) I have just recently set up the promised blog for Aidan.  (I lied about his age, so nanny-nanny boo-boo, Eric Schmidt. Next thing you know, I’ll be buying Aidan beer and Playboys.)

We started working on the blog last night, and Aidan wrote a nice bit about Halloween and inserted some pretty cool graphics.  Then he pressed the wrong button and poof!  Away went his (ahem, our) work.

So when we sat down tonight to re-write the post, I thought it would quick and easy.  (Those are the best types of projects with kids, right?  Quick and easy. Like dot-to-dots, you can’t mess those things up.)

He starts typing in the title.  “Conor coming home.”

“Uh oh”, I thought to myself.  “OMG, what is he doing? What happened to Halloween?”

I don't know how Conor is going to behave when he comes home?
But he is going to be better I know it will be better
I know it. The picture above is my brother as you probably know.
He is coming from Kennedy Krieger at the 27 of
October I'm so excited!We can finally play video games
together.

Like every great writer, he has left me speechless.  He has so much love for a brother that gives mostly stress and chaos in return. Aidan has such high hopes. It’s amazing to me.

And I bet he’s going to have more followers than I ever will.  Awesome, Aidan.  Just awesome.
Posted by Alisa Rock at 8:44 PM