Waiting for the Shoe to Drop


Conor’s been home from the unit for seven days now.  I have to be honest; the first afternoon was a little rocky.  Ten minutes after walking in our front door, Conor had his first tantrum.

See, if we tell Conor to do something, he has no choice.  He has to do it.  I had given him two options of leisure activities to do, and he wouldn’t choose one.  He kept interjecting his own (different) activity.

So I chose for him, just as they had taught me.

You guessed it. I forced my twelve year old to watch TV.

I’m a horrible parent, I know.  I think my kid is the only one on the planet who had a tantrum because his mom WANTED him to watch TV.  Watch it, Conor.

WATCH TV, OR ELSE! 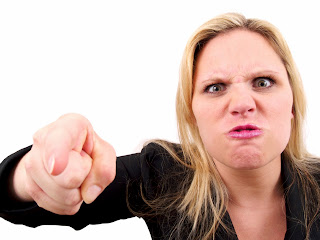 What can I say?  I was trying to have a little downtime after a morning of saying our goodbyes and discharge meetings while my husband had a bite to eat. (The other option was to shoot hoops in the backyard.  He didn’t want to do that either. The horror, THE HORROR.)

We managed the tantrum, and it was pretty bad. The eye punching is always the worst. But the whole thing only lasted fifteen minutes.  Progress!  Before the unit, Conor would tantrum for a good ninety minutes.

He recovered, and we went on with the afternoon.  That is, until he got demoted again for head-butting my husband.  (He gets demoted for any aggressive, self-injurious, or destructive behavior. Demoting means no access to activities or attention.)  This time, no tantrum.

Unfortunately, no, there’s no cure, no quick fix.  I’m not being pessimistic here; the psychologist we met during the discharge process was honest and up front about Conor’s prognosis. Given the fact that he wound up on the unit, he is at risk for reoffending.

He’ll most likely have behavioral challenges for a long time, maybe forever.  But if we work at it and stick to the behavioral treatment protocol, we have hope that he’ll never get bad enough to have to go back to the pokey. But no guarantees, I guess.

It’s been a week, and he hasn’t had a tantrum since the day he came home.  Conor’s been absolutely pleasant, to be honest.  My husband and I keep looking at each other with wonder in our eyes.

My best guess… we’re in a bit of a honeymoon phase, and I’m simply left waiting for the next shoe to drop.

But if a shoe has to drop, I figure it should be a nice shoe.  Why not?

And so I’ve ordered these very cool (and waterproof!) Merrell boots from zappos.com.  (Love Love LOVE zappos.com.  It should be illegal, it’s so easy to order from them. And free shipping, mon dieu!)

If I got a pair of shoes for every tantrum, I might not mind waiting for the next shoe to drop so much.
Posted by Alisa Rock at 1:53 PM