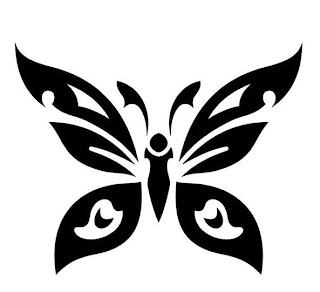 Conor pushed up the sleeves of his grey shirt this morning, layered smartly under his favorite striped short-sleeve polo.  He tried, but couldn’t quite get the sleeve up far enough to see the vivid bruise he was seeking.

As a matter of fact, I was curious myself what it would look like this morning.  When he bit his left bicep last night, the bruise from last week’s tantrum was still quite visible on his other bicep, vivid purples, blacks and yellows.  It reflected the outline of his mouth, leaving a vaguely oval, jagged bruise.

Now he has matching bruises on each inner bicep, like a pair of oddly sinister, butterfly-shaped tattoos. (I saw them both at shower time tonight.)

I studied his face intently while he was attempting to pull up his sleeve.  Did it hurt?  Is that why he was trying to look at it?  Was he hoping to marvel at the colors or did it give him some sense of satisfaction to see the remains of his tantrum?

Was he fascinated by it, or, like me, horrified and ashamed and angry, sad and confused?

He seemed curious, I decided. Not embarrassed.  Not ashamed. A wonderment, maybe? Badges of honor? It’s hard to tell. He seems so detached from it all this morning, as if it happened to someone else.

Did it still hurt?  How could it NOT hurt?  The morning after a large tantrum, my son often seems glowering and surly. We ply him with Advil on a regular schedule.  I sense that he feels like he has the world's worst hangover.  He’s got to have an aching head, with all the head banging on the brick walls and our wooden floors.  His arms and hands must throb with the bites and the efforts of punching the wall and us. With all those scratches, washing your hands must sting.  I know mine do.

“So,” my psychiatrist inquired a few weeks ago, “your son’s tantrums aren’t just screaming and stomping his feet?”