Ain't No Other Man

Tonight is my 15th wedding anniversary.

On our wedding day, Jim’s cheeks were rather flushed.  At first, he blamed it on the pick-up basketball game he participated in that morning with his buddies.  (One opponent was an ex-Towson University women’s varsity basketball forward who kicked everyone’s butt.  I just had to mention that.)

Then he said he was under the weather, a little sick.  Yeah, I replied, laughing at him.  Sick with fear.  And up the aisle we went.

Little did we realize what we would have to navigate through, together.  It’s been quite the decade and a half.  Eventful in a bittersweet way that I could never fathom. All I can say is that I’m glad I married the funniest man I met because we’ve certainly needed some humor to deal with all the drama and sadness and stress over the past decade.

So… I’ve been racking my puny, addled brain for weeks trying to figure out what gift to give him.

What do you give the man who has stuck by your side through the grief of an autism diagnosis, the grueling years of 1:1 in-home instruction and behavioral therapy, dealt with tantrums and upsets, who drove his family countless miles and hours to doctors and specialists and more doctors and more specialists? (Don’t forget the conferences I “suggested” we attend.)

What do you get the guy who sacrificed his career and ambition to focus on his oldest son’s education and therapy? Who takes his fair share of sleep-deprived nights and almost single-handedly toilet trained a child with autism with some pretty serious bowel issues?  A man who taught his son with autism to sit appropriately in a restaurant and have a meal, to fly on an airplane, to ride on a boat, ride a bike, swim like a fish, and refused to sit in the house all day with Conor even though the stress of taking him into the community often drove me to tears.

And that's not the half of it.

The 15th wedding anniversary present is crystal.  I know, seriously, crystal?  We get THIS FAR, through ALL THIS, and I’m supposed to buy him a Waterford vase? 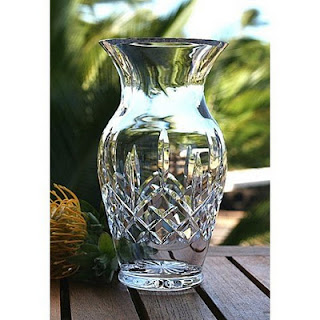 No, instead I bought one of those “couples” gifts, of course. Something we'd both get a kick out of.

Lingerie is, after all, the gift that keeps on giving. (Hopefully, more than once. ;-)