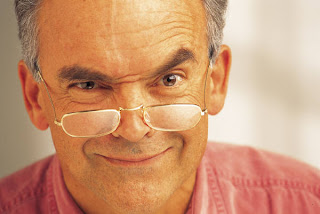 Conor and I had come to the resort business center for his “Treasure Chest” time throughout our Spring Break trip.  He earned time on a computer with his good behavior, and this was our last visit to the center.  He liked to play pbskids.org.

Conor liked to play with the volume very high.

He didn’t set it on the maximum volume, but I suppose not many Very Important People bother with the sound on the business center computers.  I tried to find the volume the first three days, but so rarely was anyone ever actually in the center with us, I stopped trying. Volume of music and the computer can be a trigger for a temper tantrum and why mess with fire in a strange place, without back up, I thought?

It didn’t help that the volume was somewhat variable based on what Conor was playing.  Some videos were loud, some games were quieter.  It was 30 minutes of Facebook and online window-shopping time for mommy, and 30 minutes of pbskids.org for Conor.

Finally, after the shouting diminished (but not the gesticulating), I calmly and in a quiet, low voice replied, “Of course I can hear you.  This is a resort business center, not a library.  My son has a disability and I’m doing the best I can. We only have five more minutes anyway.”  And I reached over and good karma shone upon the volume button on the desktop and lo, I turned the volume down.  And by the same good karma, Conor did not utter a peep, except to inquire, "Why is Mommy turning the volume down?"  Because it's too loud, I replied.  And held my breath.

And as we were walking back to our room in the hot Florida sunshine, it occurred to me.  Sometimes, it’s not about my son having a disability.  Sometimes, it’s about someone else just being an asshole. And no, that's not ok.
Posted by Alisa Rock at 9:12 PM