Last Saturday, my typical 10 year-old son, Aidan, and I woke up in our discount-hotel beds at 4:30am and headed out for some fishing on a charter with my sister and our dad.  We could have woken up at 3:00am after sleeping in our own beds, but my husband was afraid we’d wake Conor up when we left.

By 5:30am, we were boarding the boat, meeting the Captain and the Mate, and heading out to catch some bait fish so we could catch some rockfish.  Yeah, a double whammy of fishing.

At 7:30am, we were slipping pieces of cut-up worms on hooks and yanking spot fish out of the Chesapeake Bay like champs. Rockfish love those spot, at least that's what we were told.

(Ok, my husband’s not such a wimp. He handled the tantrum by himself. You go, boy. That's hot.)

See, Aunt Jemima Original Pancake Mix needs Chef Conor to add an egg, 1 tablespoon of oil, and ¾ cup of milk to the mix. 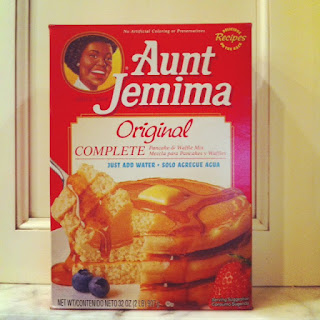 There was no consoling him.  Jim offered to go to the grocery store with him when it opened at 8am, but that was a nonstarter for Conor.  Nope.  Ker-fluey. Ka-boom. Ker-fluffle.

And, after my husband told me what happened, I put my head in my hands and thought… I wish Conor would just stop acting like a toddler already. (In my defense, I had been up since 4:30am.)

You know, I’m not quite sure what having a child with autism is like for other parents, but for me, it is as if Conor is a perpetual toddler.  (A toddler who unlocks doors, works the microwave, and has started the hormonal joys of puberty. And, of course, makes pancakes, with supervision. But only the Original kind.)

I’m sure he won’t always be like this (although he’s been like this for years).  I’m sure when he’s 30 years old (and I’m still 29), he’ll be just like the wonderful teenager he was supposed to be when he was 15.  He does progress, he develops, just at a glacial and uneven pace.

Can I be confess something here? A deep, dark secret no mother must ever utter out loud? 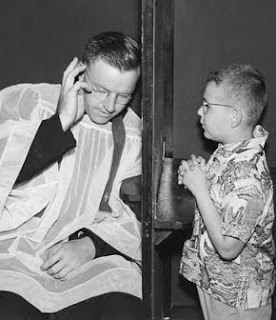 Honestly, I don’t know how that Duggar woman does it, with all the years of tears, and the tantrums, and the toileting, and the upsets.  (And that’s just Joe Bob.)  She and I have both been dealing with toddlers for years, except I’ve had just the two and she’s had 19.

Don’t get me wrong, I’m not tripping toddlers as they waddle down the sidewalk and shooting them with BB guns, but it’s not my favorite developmental stage.  Which makes it really tough when my 13 year-old acts like he’s 2 ½... all the time.


He has tantrums, and often over the silliest things. Like pancakes. (Silly to me, of course. And anyone over the age of four.) He wants them cut into threes... so they add up to 9. And Conor wants to eat the same thing day after day. On non-breakable cups and plates.

He communicates at a rudimentary level. He doesn’t understand everything you say (although he can often say or read the words) and most of the time he can’t answer simple questions about his day. (In his defense, I think he understands more than he can ever say which is tough on many levels.)

I track his bowel movements to make sure he’s not constipated or having diarrhea. I remind him to go to the bathroom, and if I catch him having a bowel movement, I’m not above wiping his bum.

Conor picks his nose. In public. (What he does with it after that, I’m not even going to say. Use your imagination.)

Like Rush Limbaugh, he often yells just to hear the sound of his voice. I swear, he is part howler monkey.  (Did you know howler monkeys can be heard from up to 3 miles away?  Yeah, like that.)


Conor skips. Like, skip, skip, skip-to-my-loo. (Which is different than skipping to the loo.)

And, like a majority of toddlers, Conor often doesn’t want to share. Mostly, he’s still on parallel play.

Although he regularly sleeps through the night (praise Buddha and big-cap pharmaceutical companies), weekends aren’t any different from weekdays and when he wakes in the middle of the night or very early in the morning, he still has to be closely supervised. I'd personally like to know when the sleeping-until-1pm comes into play.  I'm waiting for that fabulous part of teenager hood.

In a comfortable, appropriate setting (like our house or my parents' home), we can leave Conor unsupervised for a brief period of time.  But after five or ten minutes, one of us has to check in on what he's doing.  You know, to make sure he's not getting into something he shouldn't be.

Of course, on the flip side, like any toddler, he's playful, snuggly, affectionate, dances around to Justin Timberlake's SexyBack, and is asserting his independence in small but meaningful ways.

What?  What are you looking at? You don't you let your toddler listen to SexyBack? Really?  What's next, no more Black Eyed Peas with their Lovely Lady Lumps?  What kind of parent ARE you?

You know we've had a similar fit of rage when I bought pancake mix that was not the exact same from Sam's....I still have about 10 pounds of pancake mix I can't use because it looks different....

I know exactly what you mean! My friends with typical kids are always saying, "I wish my kids would stop growing up! They grow up so fast!" And I'm always thinking "Really? I can't wait for mine to finally grow up and not act like babies anymore!"

Lizbeth, I can't tell you how many "same but different" items I've got stored around the house. Gah!

My son is only 4 & on the spectrum, but sounds so much like Conor.

I love him, but holy mother of jeebus, parenting him is a rough road most days. The tantrums & the screaming fits and the all out rages every, single day just wipe me out. Et tu, Brute?

I've found that getting in my car alone & driving a half mile down the road screaming at the top of my lungs usually helps. I usually come home hoarse & tear stained, but I can highly recommend it when you just need to get somewhere & let your own rage out.

Kris, do you have a behaviorist you can consult with? Conor had terrible tantrums for years and then went three years without them. Then they started up again in force, and are very very very difficult to deal with. Hence the 5 months inpatient stay in the hospital. ;-/

Getting some time to yourself is definitely a must. I hope you're able to get some respite care.

Do you do any biomed? Several individuals on the spectrum have suggested to me to try the gluten free/casein free diet as well. We used to do this, but it would be too hard now that he's so big and much more independent.

Yeah, I love my kid like nobody's business, but he's one tough cookie. Thanks for reading the blog!