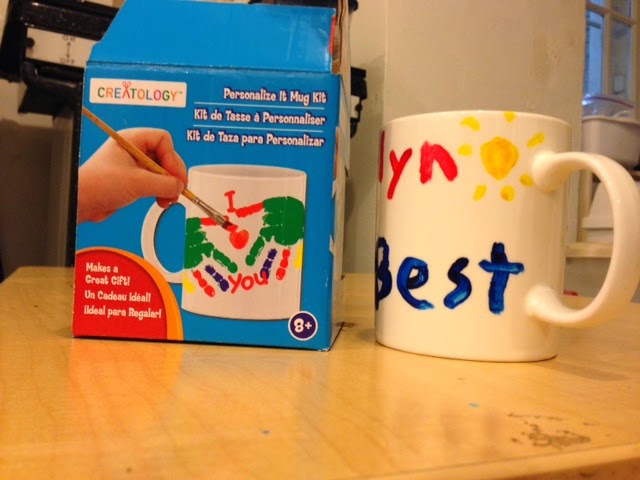 "You don't need this mug you made for Miss Kaidyn anymore. You don't have tantrums anymore, pinky swear," Conor declared. "I'm going to throw it in the trash."

"Wait, what?" I replied from my computer perch around the corner. I was engrossed in Facebook, as usual, ignoring Conor as he paced around our kitchen.

I pushed my chair back just in time to see Conor throw the mug he insisted be created into the kitchen trash.

"There!" he pronounced loudly.

"Conor," I said, a bit alarmed, "why did you throw the mug for Miss Kaidyn in the trash? It says 'Miss Kaidyn is The Best'. She's gonna love it!" (Lately, he's been going around throwing my kitchenware into the trash and saying we don't need it anymore. I have no earthly idea why he's doing this. I've lost a muffin pan and rescued a loaf pan so far.)

"Honey, that's great, but Miss Kaidyn is still coming tomorrow for your session."

"Because, Miss Karen just had a baby last week, so Miss Kaidyn is coming for the session instead. To do skills," I said. "We explained this to you many times."

He walked off in a bit of a huff. I think he thought he wriggled out of skills session since Miss Karen was on leave. I don't know. I rescued the mug. You never know, he may want it back. Or not.

For the past year and a half, Miss Karen, a Board Certified Behavior Analyst, has been coming to our home to work with Conor on his social skills and life skills, and collaborating with the Kennedy Krieger Institute's NeuroBehavioral Unit to ameliorate his challenging tantrum behavior.

Recently, however, she decided to push out another rug rat of her own, so now she's on maternity leave. Fortunately, she found a BCBA willing to take us on for a short-term stint, and Miss Karen explained the situation to Conor before she squeezed out the little pipsqueak, thank God.

It's true, Conor's behavior has improved greatly. He's made good progress since Miss Karen came on board. Sometimes, though, I think this behaviorist thing is overrated. I mean, how hard can it be? I came up with this 'pinky swear' thing with Conor all on my own. And it's been working great.

See, like many teenage boys, Conor likes to make promises that he clearly has no intention of keeping. (He's like Meatloaf. Give him what he wants, and he promises to love you forever. Or not. Ask him in the morning.)

"You'll do a BRT with Mommy after Miss Paisley leaves," he says to his in-home aid. "Uh-huh," she replies with a smile. "Sure you will."

One day, I do not know what possessed me, but when Conor made one of his many promises, I held up my right pinky and said, "Swear, Conor. Pinky swear that you'll do it next time."

He looked puzzled. "What is 'pinky swear'?" He asked, wrapping his pinky around mine.

"It's a promise. When you say you're going to do something, and you pinky swear, that means you have to do it," I explained earnestly. 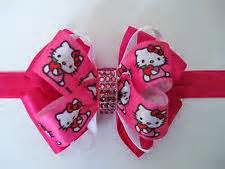 That was it. No social story. No well-thought out behavior protocol based on Applied Behavioral Analysis techniques or studies showing the efficacy of the pinky swear.

No video model showing Conor how to do the pinky swear, no social group with peers discussing the value of the pinky swear. Just a mom with the attitude of a 12 year-old girl with a Hello Kitty barrette, a patent leather purse, and sparkly pink nails.

And whattayaknow, it worked! Every time he makes one of his pronouncements--"Next time, I'll change into my bathing suit in the bathroom"--and I make him pinky swear? Half the time, he's cool with it and the other half, he gets this look on his face like, oh shit she caught me. And he does it. He does it!

"You pinky swore, Conor," I say to him when he balks at doing what he promised.

"Pinky swear is a promise to next time," he often crows back. I'll high-five that.

Yeah, who needs a Master's degree in behavioral analysis or human services or some such nonsense? Shit, if I had known it was this simple, we would've avoided a whole helluva lot of problems.

This poor woman in the video, wearing that horrid white outfit and having to be groped by Meatloaf, LOL. But boy, does it bring back college memories.