Going head-to-head with a pre-teen with autism is a losing proposition. 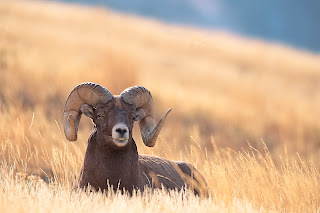 After talking to some parents of pre-teens, it’s not surprising to hear that you and your pre-teen might have some, well, differences of opinion.  And I’m sure that it can lead to raised voices, hurt feelings and the slamming of doors for the best of parents.  Hell, my brother-in-law once even took the door to his daughter’s bedroom off the hinges, literally, because she was slamming it so hard and so often.

So it’s no surprise that Conor and I are butting heads, more than we ever did before.  The issue?  His obsession is running afoul of my obsession.  Hey, it’s a spectrum and I’ll admit to having a touch (just a little :-) of OCD myself.  Our mutual obsession?  Music and the iPhone.  Namely, MY music and MY iPhone.
I’m not sure how it happened.  Usually I’m pretty good at nipping these things in the bud.  But one thing led to another, and now, my son has bogarted my iPhone. (From urbandictionary.com, the act of hogging something to the point of annoyance.  Yeah, that’s it all right.)
There has to be a specific number of artists.  With a specific number of songs.  And a specific number of videos.  All in alphabetical order, of course.  Add a song?  He makes sure another one (of the appropriate alphabetical type) is removed.  If I make a playlist and it doesn’t match his criteria?  Deletes it, the little bugger.
Fighting with him doesn’t do either of us any good.  Let’s face it… in the end, his obsessions are much, much, MUCH greater than mine and I’m supposed to be the adult here.  He’s the one with the disability. Confronting him or changing things would lead to tantrum upon tantrum and I’m just too exhausted of the whole autism thing to deal with that right now.  So I grit my teeth and suck it up.
Except now he’s threatening to erase my This American Life podcasts. NO, NOT IRA GLASS!  Does Conor know I harbor a secret crush on Ira Glass?  At least on his voice?!  I might have to put my foot down for Ira.
Posted by Alisa Rock at 9:03 PM