This parenting gig is beyond me. 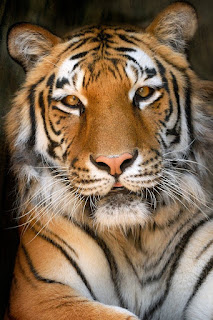 All the furor over Amy Chua’s “Battle Hymn of the Tiger Mother” has really hit home for me. What’s the best way to raise a child? Is it a culture of high expectations, strict rules, structured time and towing the line? Or is it spontaneity, creativity, follow-the-child discovery and unschooling with a dash of anything goes, whoopee?

Quickly following Conor’s regression into autism, it became abundantly clear to me that I had absolutely no (I repeat, no) idea how to raise this child. I always pictured myself as a disciplined but accessible parent, dreaming of sitting on the side of his bed one day, exchanging confidences like girlfriends. (Yes, I know he is a boy. But hey, it’s my dream.)

He would talk endlessly to me about his hopes, his dreams, his youthful crushes, and his fears. I couldn’t wait to find out what was going on in that brain of his. I just knew he’d be fascinating.

Talking. That’s the rub. Autism is a communication disorder. At first, for Conor, that meant losing his ability to talk. He was speaking in three and four word sentences, and then seven days later, he wasn’t. He had over a 100 words… until he didn’t, seven days later. He gazed at me with those wonderfully huge blue eyes, until, seven days later, he wasn’t. I remember the very first word he said after he regressed. Dump. As in, dump the sand out of the truck. Took six months of speech therapy, damn it, but he said it. Just that one word.  Dump.

It’s been 10 years of speech therapy, occupational therapy and Applied Behavioral Analysis, not to mention the biomedical interventions, and my son is verbal. Conversational, even. But communicating with him about what are the clearly complex inner workings of his emotions and his brain is still just so difficult. Pushing a boulder up a hill difficult.

And so my husband and I still struggle along, trying to figure out how to simply manage his behavior, most days. Some days we’re successful, we understand why he’s upset or happy, what’s tickling his funny bone or what’s clearly a sharp but invisible stick poking him somewhere. Other days, he remains a mystery, an enigma.

And pretty much everyday, I wonder… have we made the right choices? Am I doing the right things? Will I ever get to sit on the side of the bed and exchange confidences? When will I stop feeling like I'm just "winging it" and be confident that what I'm doing will, in the long run, pay off?
Posted by Alisa Rock at 2:25 PM