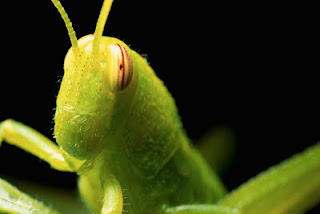 Our family vacations are my own personal version of Survivor.  You know, the popular TV show where the contestants have to eat live bugs, build their own shelter, overcome various challenges, and conspire with their mortal enemies to slowly pick off the competition one by one.
That’s nothing compared to have a “vacation” with Conor.  Hell, give me a cricket and I’ll eat it right now.  Right now.
Stay balanced on a small perch or support my weight on a precarious roost for a long period of time in the hot sun?  Bring it, baby.
But ten days of Spring Break with my son?  I feel like faking a heart attack and going into the hospital just to get out of a few days of it.
I’ve often pondered why it’s just so hard to have him at home for an extended period of time.  I think I’ve boiled it down to three simple facts.
All this together time is killing me
At school, Conor has a 1:1 aide, Mr. Jakuta.  (We call him Jakuta the Barracuda. Don't worry, he's nice.  It just rhymes.)  He’s there to make sure Conor gets to where he needs to be, that he does his work, behaves appropriately and, most importantly, doesn’t hurt himself or anyone else.   At least, not seriously.
The need for constant 1:1 supervision doesn’t stop at school.  At home, vacation means no down time for me or my husband.
Like many families, school IS our respite program.  When Conor is at home, someone needs to be supervising him pretty much around the clock.  Oh, he sleeps through the night most nights, thanks to a bevy of medications, but then we have to do pesky things like clean the kitchen or pay bills.  Sometimes we even feed the dog.
I often equate my son with autism as being in a perpetual toddler state, behaviorally anyway.  You never know when he’s going to dump a cup of water on the floor, choke on a quarter that he’s put in his mouth, or throw a tantrum because something isn’t working.
And, if you’re a parent, you know that toddlers need constant supervision. It’s exhausting. I don’t know how that Duggar woman does it.  (You know, the one with 19 kids.)
Just watch TV for a while, dammit
My son has very limited interests.  He’s not great at “hanging out”.  My friends who have typical kids are happy for a break from the school routine, glad the 101st baseball game of the season is cancelled, and, gasp, actually miss their children when they’re in school.
My husband and I have to engage Conor in an activity pretty much the better part of each day.  He doesn’t really like to watch TV.  In fact, he hardly watches any TV at all.  He’ll play the Wii, surf our iPhones and his iTouch, and spend time on the computer.  But those activities don’t fill a rainy day.
He doesn’t like to play board games, but will play them if forced. (I mean, coerced.) Ok, that’s 15 minutes to play Star Wars Trouble and boom, he’s done.  Two games of War and he’s running away from the deck like it's a stinging insect.
We used to take Conor out in the community a lot.  We went to the mall, to museums, to department stores, to the playground, and the National Aquarium.  But since his behaviors have gotten so severe and unpredictable, community outings have become somewhat nerve wracking and restricted.
Ironically, I often find myself begging Conor please please can we just watch Shrek for an hour on this rainy day?  Because if I have to spend another hour trying to entertain him, I’m going to pull my hair out.
What will Conor do on Friday?
Individuals with autism need structure, support, predictability and consistency. It’s the autism mantra.   Unfortunately, it’s easy to say, not so easy to do.
We spent four days in Williamsburg, VA, with Conor on his Spring Break.  One day for travel, two days filled with riding roller coasters and puke-n-twirl rides, and one day for travel back to Baltimore.
Conor’s first question on Wednesday morning?  “What will Conor do on Friday?” (We're still working on pronouns.)
I spend an inordinate amount of time planning, down to the minute sometimes, what we’re going to be doing on our vacations.  But pesky things like weather, electricity outages, illness, and even other people sometimes just get in the way.  It rarely goes as planned.  And that can result in heightened anxiety, incessant demands for the planned activity, and even aggressive behavior.
Seriously, Conor can handle the biggest roller coaster in the amusement park six times in a row, but a rainy day at the beach?  Forget it.
And I have to say, I would love to have some vacation days where we don’t have anything planned.  We can do nothing, or everything, or something… but just not have a plan.  Well, spontaneity went out the window with Conor’s regression, I guess.
So grab that grasshopper.  I’ve got the flour and the oil in the deep fryer ready to go.  Can’t wait to gobble them up.  I’ve even uncorked an appropriate Chardonnay to pair with them, along with a hearty cheese and some arugula.
But, please, let Conor have school tomorrow.
Posted by Alisa Rock at 2:31 PM

We also were at BG with our son with autism over the break. Rode rollercoasters until we were dizzy. Bought the picture of the five of us on Griffon, with Daniel's smile a mile wide. But we did get a great afternoon at Virginia Beach, as Daniel jumped in the 40 degree waves. Can totally relate to the lack of downtime! It's like you could change your son's name for mine!

If we had gone to the beach, Conor would have been in the water too. He rode at least 25 roller coaster rides. Apollo's Chariot 6 times in a row. Crazy.