Oh brother, how art thou? 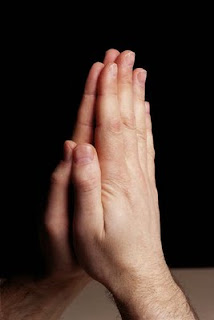 My husband and I took Conor to Busch Gardens in Williamsburg, VA, for his Spring Break.  He and his brother go to different schools, and thus, have different schedules.

So we sent Aidan (our typical child) to my Mom and Dad’s for a few days and nights. They made sure he slept, bathed, got to school, and got the payment in for the class picture and the dollar for the Used Book swap.

Tonight, my Dad brought Aidan home.  I missed Aidan so much.  He’s my red headed, freckled face, blue eyed wonder full of what makes almost-nine-year-old boys so wonderful.  He’s the love of my life.

(Until he turns thirteen, that is, at which point I’m sure I’ll give him away to the first gypsy who offers to take him.) Nine years old is my favorite age. They still need you, but they don’t need you.
We feed Conor dinner pretty early and by himself.  It’s just easier.  My husband inhales his food in about 3 minutes.  (He always has.) And then he supervises Conor while Aidan and I finish our meal together.
As Aidan and I were eating dinner together, he started crying because his brother was at the computer, just screaming.  Not screaming in an angry kind of way.  More like screaming in an “I-like-the-sound-of my voice” kind of way.  But still, Aidan said it made his stomach hurt and his chest feel all squiggly down to his stomach. I have to agree; it’s quite jarring.
Who can blame him?  After four days with two retired, doting grandparents and an 11 year old golden retriever/lab mix who sleeps for a living, it’s got to be a jolt to come back to a loud, chaotic, unpredictable environment with a brother with autism.
“You don’t know what it’s like to have a brother with autism,” he cried to me over his grilled chicken, noodles, and yogurt tube.
“I know what it’s like to be a parent of child with autism,” I replied.
“Yes,” he said.  “But it’s not the same as having a brother with autism.”
I guess it’s not.  I’m an adult after all.  I took on the responsibility of having a child, no guarantees, when I was almost thirty years old. It’s not the same as being an 8 (almost 9) year old with a brother with autism.
I mean, Aidan still cries if he can’t go over his new (I swear he’s my best friend even though I just met him) friends’ house.  I can’t imagine what it must be like for him to cope with a brother who struggles daily with communicating, has really weird behavior, and targets him with aggression for no reason at all.
I hope that it will get easier for him as he gets older.  Maybe it will get harder as he becomes more self-conscious.  I don’t know.  All I know is, he’s right.  It’s tough to have a brother with autism.
Posted by Alisa Rock at 8:09 PM

Have you checked with your Intermediate Unit for support groups for kids whose siblings have autism? I know that we have one here in chester county. There are also classes you can take to learn how to deal with those issues.

At the very least, a therapist would be a good idea - which I am sure you have already thought of.

We are lucky that Kyle has Catherine, and vice versa. But I am sure that we will be visiting a therapist or support group soon. Kyle is only 6, but 9 is right around the corner. He has already showed signs of frustration and embarrassment over his brother's autism. It's inevitable. We all show signs of autism fatigue. But that's for another blog...

I've offered and offered SibShops for Aidan but he declines. He has a therapist that he sees only occasionally now, but went regularly for a few months when things were really bad. I think I might schedule a tune up with her soon!