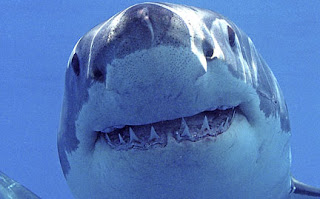 Last night, I think my son broke his toe kicking my husband in the shin during a temper tantrum. Maybe?
(Why he was having the tantrum is a whole separate post.  But let’s just say it surrounds the issue of sexuality. See If you want my body and you think I'm sexy.)
I never know what to do during these situations.  He knows how he hurt his toe.
Me: ”How’d you hurt your toe, Conor?”
Conor: “You kicked the Shark.”  (Shark being his dad. And we’re still working on the pronoun use.)
He tells me his toe hurts, and limps around saying “ow”.  He asks for purple medicine.  (Children’s Motrin, grape flavor.  Recently we switched to Advil since he’s twelve and weighs close to 100 lbs. But he still asks for the kid’s stuff.)
Do I give it to him? Or is the pain a natural consequence, something that might make him think twice next time he wants to kick someone?  Do I talk to him about it, or is that giving him attention for bad behavior?  Do we punish him for the tantrum, or do we just breath a sigh of relief that it’s over?
I’m sure my behavioral consultant would have the answers, but I just feel so stupid for having to even ask the questions.
I feel guilty, too, for not taking him to the doctor.  I don’t want him to feel pain.
But there’s nothing to be done for a broken toe.  Tape a couple toes together and you’re off.  I’d take him to the emergency room if I thought he needed it.  That’s what we did when he put his arm through the windowpane in a tantrum years ago.
And so we literally hobble along, with the help of some Advil and years of experience dealing with self-inflected wounds.  Broken hearts, broken toes… the walking wounded you might say.
Posted by Alisa Rock at 7:52 PM

I'd say don't give attention for negative behavior; give the motrin; and let me know when you fix the pronouns so I can do the same for my kid... It's easy to know the answer when it's someone else's kid. Impossible when it's your own, because you are so emotionally attached..

Thanks for the advice. We'll try to take it. It's hard to not pay attention when he's in a full blown tantrum. It's not like he's just randomly kicking you. :-) But I know what you mean.

Yes, it IS easier when it's someone else's kid, I totally feel the same way.

I know what you mean. If Ryan thinks I'm ignoring his misbehavior, he ups the ante. He knows I can't ignore it when he bangs his head on the wall! I'm supposed to, but how can I ignore that?!

Actually, Dr. Lindauer at Kennedy Krieger spoke at a Pathfinders for Autism event. He said that if you can't ignore a behavior, don't try to. You need to find a different way to extinguish it. For the very reason you cite... sometimes the behavior can get so dangerous that you can't ignore it.