If you want my body, and you think I’m sexy… 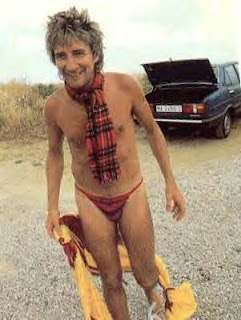 Last night, I asked my son for a kiss good night, and I swear he tried to slip me some tongue.
Eeeeewwwwwww.
Puberty has hit Conor full force this year.  This was to be expected.  He turned twelve in February, after all.
Whenever you ask someone with an older child on the spectrum about puberty, their face darkens immediately and they say, “It’s so hard.” They just shake their heads.
Maybe they couldn’t find the words to accurately describe it.  Or maybe, just maybe, it was too horrible to say.  Like saying the name out loud… Voldemort. I can never get a straight answer.
Conor has always loved the ladies.  The prettier the therapist, the faster Conor would run up to the classroom in our home.  Blonde, brunette, Asian, Caucasian, Jewish, atheist… Conor didn’t discriminate, as long as the girl was pretty.  Sorry, Mr. Matt, but you just couldn’t compete.
My husband and I used to joke about it all the time.  A few months ago, he even made one of his therapists a CD of various songs.  When I asked him why, he said simply, “So she can listen to it in her car.”  If I had had any Barry White songs, he would have slapped them on that playlist so fast… so fast.
But now I know why everyone’s face darkens when they think about puberty in their child with autism.  Conor has all these sexual feelings that he has no idea what to do with.
And he doesn’t care about social norms. We’re going to have to put together an entire behavior protocol about putting his hands down his pants in public.  He just doesn’t understand that this is something he should do in the privacy of his room. Or maybe he just doesn’t want to follow the rule. Or he just doesn’t care. I’m not sure.
He wants to hang out with the ladies, but he has no idea what to do.  So he resorts to sniffing their hair surreptitiously or, gulp, licking a girl’s arm while swimming next to her in the ocean.  (Hey, he likes girls and he likes salty things, so…. Why not?  I swear, ask my brother-in-law John, he saw it too.)
And, since I’m the closest female to Conor, I get lots of questions, like pointing at my breasts or my crotch and saying, “Can I touch that?”  “No, Conor, that’s private.” Mostly, he listens.  Mostly.
But that’s not all.  What I remember most about my own puberty is the moodiness.  All those hormones floating around, wreaking havoc.  One time, I cried because my birthday was on Thanksgiving.  That was it, nothing major.  Just… didn’t want my birthday on Thanksgiving, I guess.  Actually, I think I turned twelve that year.  My poor parents.
Moodiness for Conor signals unpredictability.  He’ll be playing the Wii happily, then run into the kitchen looking for someone to punch.  He’ll go along with the exercise program quite happily one day. The next day, the treadmill is some exotic torture device that apparently requires the user to yell at the top of his lungs for twenty minutes.
This moodiness, the ups and the downs, would be easier to take if we didn’t try to do things as a family.  Like taking a vacation.  Going to a ball game. Or exist in the same house.
You never know which Conor you’re going to get… nice, happy, easy go lucky Conor, or mean, scowling, short fuse Conor.
Or Conor on the prowl….   EEEEEEEEEWWWWWWWWWW.

WRITE A BOOK! A MEMOIR! This stuff is fantastic and could totally help people who can't get the humor here.

Alisa, I randomly saw this posted on twitter from pathfinders! What a small world! This is great! I still have the cd! Haha. I miss Conor and the fam! Hope all is well! -Cortney Johnstone

Good to hear from you Cortney. Hope you're enjoying the Ani DiFranco, she's a powerful voice for women. Still haven't replaced you or Caitlin, but we're managing. Keep in touch.