My name is Conor and I am a hoarder.

Conor has many interests, and not just a few true obsessions.  They can wax and wane, but have remained fairly constant over the years. 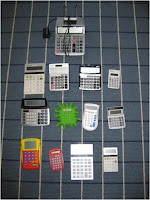 There are a few of the calculators… my boy just loves numbers.  He does math sometimes to calm himself down during an anxious moment.


We used to send him to camp with math worksheets, something "fun" to do while he waited for the next activity.  Waiting is hard.


I didn't include the three that live in the backpack.  Too risky. You don't mess with the Zohan. 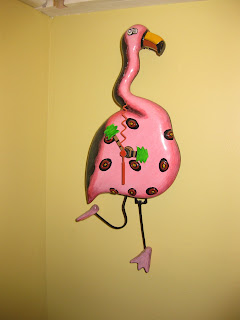 These are just a sample of the clocks… Conor loves clocks, and we had to pare down the collection when we renovated the kitchen. We live in Baltimore, so we had to have a flamingo, hon.


We moved most of the clocks to his room.  At night, they make a pleasant ticking sound.


For fun, he got a cat clock for his classroom, but then he moved it downstairs.  We get most of the clocks at Target. 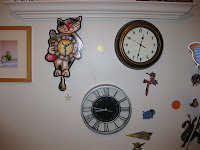 In all, I think he has 7 clocks in his room. He had 8 at one time, but he broke it during a tantrum.  And well, that was that.

Here is a favorite ceiling fan… he'll stand and watch it for awhile. Then skip around my bedroom while it's going around.


Current video that he likes… watch out, it's Hannah Montana and it's annoying.  But, at least it's not sexy.  :-) And copyrighted and encrypted so I can't post the video here.  Very smart.
http://youtu.be/uVjRe8QXFHY


The giant stack of puzzles that he doesn’t put together… 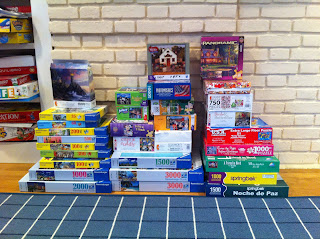 I think what he likes about the puzzles are the number of pieces in each box.


Even though he doesn't put them together, we use the purchasing of the puzzle as a reinforcer.  And hopefully one day, he will be able to sit with us over a period of time and put them together.  A nice, quiet, non-electronic activity.  Good mommy. 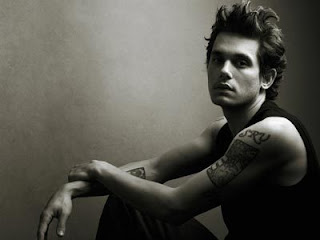 He would put "Neon" on his cd player in the classroom, blare it at full blast, and jump around on the jog-o-line thingy in the room.
Sigh, doesn't John look dreamy in this picture? I've been to three concerts.

Oh wait, we're not talking about me, are we? 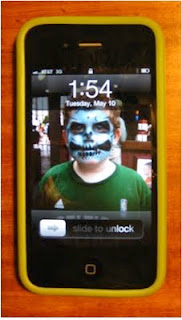 My iPhone… the subject of many a heated debate between me and my pubescent progeny.

I love music, and Conor has inherited the love of music gene from me.

It's a war of wills, and I think he's winning. I think I've talked about this before...Going head-to-head with a pre-teen with autism is a losing proposition.


Santa Claus brought Conor the iPod Touch.  He was hoping that Conor would use it as a substitute for the aforementioned iPhone.

Instead, Conor now has one more electronic gadget to worry about, I mean, enjoy. 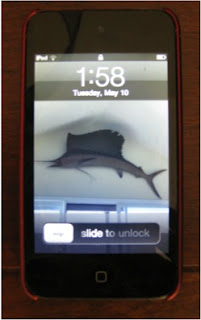 As his wallpaper, he has a picture of a marlin that hangs on the wall of the river house of a friend.

Conor loves going out on my dad's boat.  Dad keeps the boat at his friend's house, and we go several times during the summer.  For some reason, Conor is just simply fascinated with this marlin.

Bill Flanigan caught it himself, had it stuffed, and it now hangs on the wall. Bill was a wonderful man, and an avid fisherman.

It is striking, I have to give him that.