I don't need no doctor, 'cause I know what's ailin' me. 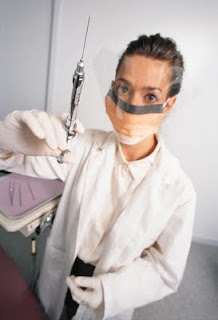 Conor’s recent hospitalization is going to cure me of my addiction to John Mayer’s music.


Last year, I was tired of missing the phone calls from Conor’s doctors and specialists. So I found a ringtone I liked so I would know to run for the phone. And, of course, it was a John Mayer song. He does an awesome cover of Ray Charles’ I Don’t Need No Doctor. Awe. Some.


The problem is, every time the unit calls me, I (of course) hear the ring tone. And they’re not calling to say “Everything’s ok”.


“Hi, is this Alisa Rock?” Yes, it is. “I’m calling about Conor, do you have the code word?” Yes, I do. “I’m calling to tell you Conor became aggressive…”


I’m not going to bore you with the details. Suffice to say, they are required to call every time they have to put Conor in the “quiet room” (snort) because his behavior has become dangerous to himself and others.


Because he really can’t tell us what’s going on inside his brain, and half the time the staff is asking me what’s making him upset.


Lady, if I knew, I would have a better idea how to fix it.


So, I’m on the hunt for a new ring tone, so I can continue my love affair with John Mayer’s music. I think I’m going to go for Panic by Sublime With Rome. Seems apt.

Here's a bad copy of a live performance of the song. John Mayer Live at the Nokia Theater
Posted by Alisa Rock at 12:04 PM