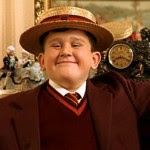 I have a recurring anxiety dream.  I inexplicably find myself naked from the waist up, on a busy street corner in some unknown city, frantically trying to cover my breasts with my hands (please, at least the nipples) and feeling the blush of supreme embarrassment rush up over my face.  It's mortifying. I wake up in a sweat.
This is how I felt when the psychiatrist on Conor's hospital unit spoke with us on Wednesday.
In his lilting South African accent, he asked us, "Is it possible, I mean, I don't want to be judgmental and I'm not going to use a politically correct word here... is it possible Conor is, well, um..... spoiled?"
Spoiled?  The idea sent my mind reeling.  And there it has lodged itself, rolling around in my mind like an errant marble. Is it possible?  Is he tantrumming all the time because we've spoiled him?
If there is one thing I set my mind on when I was pregnant, it was this:  my child/ren will not be spoiled.  They will be nice, polite, well-educated, well-mannered, respectful children who are, at the same time, strikingly handsome, articulate and athletic. (Just like their dad.)
Could it really be that simple?  The ruin of the character of my child through overindulgence? (Yes, I'm a dork and I looked up the definition.)
The issue is that Conor has a hard time hearing and accepting the word "no".  He wants what he wants, when he wants it. We've struggled with this the past two years.
I’ve asked myself, over and over--where does this disability end (it's well accepted that children with autism have trouble being flexible, making transitions, and waiting patiently) and spoiling begin?
In the doctor's defense, he'd only observed Conor for a day at that point.  And the last time he was in the hospital, the doctor started off asking if we thought Conor was hallucinating.  (He wasn't.)  So these are preliminary ideas he's floating around.
Once I'd gotten over the initial blush of embarrassment and spent a few days mulling this thought, I've come to this conclusion.
Not to be defensive, but I don’t think it is that simple.  Like most parents of children with autism, I'm used to strangers thinking kids with autism are spoiled.
We've all heard the comments... all that kid needs is a good spanking.  They're not disabled, they're spoiled.  I've got a belt in the car if you need that. Blah blah blah.
(If I ever see Denis Leary, I am seriously going to kick his ass.  He should consider this his warning.)
But a doctor?
We require Conor to ask to be excused from the dinner table, and he takes his dishes to the sink independently.  He'll help you cook dinner, happily set the table properly.  He helps my husband take out the trash, and he actually enjoys doing the laundry with some assistance.  He used to make a mean espresso, and feeds the dog when asked.
Conor dresses himself each day, takes good care of his retainer, and makes his bed each morning.  Carefully hangs his jammies on the hooks and has to put his backpack in his cubby when he comes home from school.  (Ok, he may need reminding about that, but still, so does his brother. Don’t get me started with the shoes.)
It doesn’t seem to me that a parent intent on spoiling their child would care about these things.
If only it was that simple.  Then we could just throw him in an intensive behavioral program and voila… improvement. I hope that will be the case.
Two days after our conversation with the psychiatrist, I ran into an old friend at the Eddies on Charles Street.  My friend helped me with the biomedical side of autism treatment with Conor many years ago, and her advice was invaluable.
With tears in my eyes, I told her about Conor being in Sheppard Pratt.  “Mood disorder,” she immediately stated. (Of course she knew, without even being told.)
“Baclofen,” she advised.  “A psychiatrist I know is using it to treat children and my son has been on it for the last 6 months and has improved immensely.”
“But our psychiatrist asked if Conor wasn’t just spoiled,” I tearfully replied.
She placed a gentle, firm hand on my arm.  “We both know that isn’t true,” she said.  “Baclofen.  I’ll email you.”

Here's a video of Conor during the three years he didn't have any tantrums, aggression or self-injurious behavior.  We must have stopped spoiling him for three years and started again when he turned eleven. I think he's nine in the video.

I linked to your blog from the "shut up" FB page. The doctor, who had only observed him for one day, said your kid is "spoiled"? Ouch. Looks like you are in Boston. You might want to check out Stuart Ablon's program at MGH: http://thinkkids.org/ Maybe this approach will gel better with your family.

We're actually in Baltimore, MD, but we vacation in New England which is where the video was shot. I will check out the website, thanks so much for the link.

There was a tremendous difference in Conor from the first hospitalization (where the behavior was more "crazy" and no clear antecedent) and then during the second one ("don't you dare tell me no!" antecedents).

And in between, he didn't see any tantrums during outpatient; they were all at home or school.

Your friend and her psychiatrist recommended a muscle relaxant? That's interesting. How exactly does that work? I have tutored an autistic kid for almost a decade and I've heard of using coffee as a holistic approach as well as several medications, but Baclofen is one I'm familiar with because of Multiple Sclerosis, not Autism, so I'm curious about what it does to help.