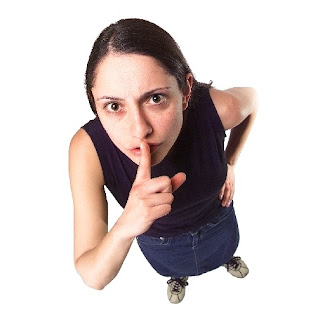 Every parent of a nonverbal child will smack me (as they rightly should, I know this) but sometimes I wish Conor would just shut up already.

My son is verbal, but most of the time his language isn’t very useful.

He’ll yell incomprehensible stuff at the Wii or repeat entire scenes from The Lion King at the top of his lungs.

My son is very obsessive/compulsive.  Right now, I am officially labeling him with Obsessive Compulsive Disorder (OCD) on top of the autism, Tourettes and mood disorder.  He’s been this way ever since he’s regressed.    Now that he’s verbal, the demands to do something to scratch that itch can be unceasing. And, largely, unobtainable.

“Want to call the Mayor and have the streetlights to blink,” he’ll command.  Um, yeah, I’ll get Ms. Stephanie Rawlings-Blake right on that Conor.

“Want to buy an iPod Touch for Mehra,” he’ll demand.  (Mehra is a girl from camp a few years back that he developed a crush on.  I should say that we last saw Mehra three years ago and have no idea, really, who she is. I’m sure as hell not buying her an iTouch.)

“An iTouch is really expensive, Conor,” we reply. “Want Conor to have a million dollars,” he says in return.  Yeah, sure buddy. Better start buying Lottery tickets tomorrow.

“For Christmas, Conor wants a puzzle with 6,000 pieces for Tika,” he wails.  It’s June, Conor.  And Tika is a character in a book.

“Conor wants to buy a clock for 222 Ridgewood,” he orders.  We have no idea who lives at this address, but for some reason he’s totally hot to get in there.  They must have one of those “Big Ass” ceiling fans.  My boy is crazy for ceiling fans.

Today, my husband and I worked hard for the entire 40 minute drive back from my parents’ house to calm Conor and get him to sit quietly without demanding unobtainable things.  These demands often precede a tantrum, so it’s not just that we don’t want to hear what he has to say for 40 minutes straight.  We’re trying to head off the tantrum.

I’m actually quite grateful for my son’s language, to be honest.  He can tell me he loves me, which he does, and he can tell us where it hurts, at least most of the time.  We can have a back-and-forth sometimes, which is nice, but a real conversation is extremely rare.

And I know it’s selfish of me to wish Conor would not say these incomprehensible things. I know it is. There are so many parents out there who long for just one or two words, I know I’m being selfish.

So I’ll just have to relish the silence after Conor goes to bed tonight.  And hope that, tomorrow, he’ll be able to tell me he loves me.  And then be quiet for five minutes.  Just five minutes, Con, just give me five minutes to finish my coffee.
Posted by Alisa Rock at 8:06 PM

I get it. My verbal son likes to ask totally inappropriate comments. Like asking everyone if they have a baby in their belly. Didn't go over too well with my Dad this weekend when D pointed to his big belly and asked it. Or asking everyone, male or female, if they have a moustache. We must be grateful for the small things, I guess. But I totally get it.

I have a friend with a son who will people without teeth "What happened to your teeth?". That's mortifying. That's funny about the mustache, but horrifying at the same time.