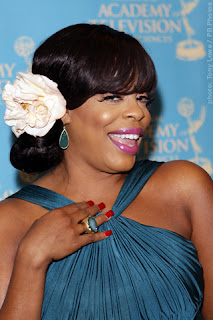 I’ve spent a lot of time today thinking about what to get my husband for his upcoming birthday.  I was taking out the trash, passed our garage, and thought to myself, “He’d really love it if I got one of those organizing companies to tackle the garage full of stuff.”
You know, like on Clean House?  Sigh.  Love.
I quickly came to my senses.  That would be like buying your mother a baseball glove, my husband would say.  More a gift for me than for him.
Kind of like the time I bought him an espresso machine.  I thought he liked espresso, but apparently I like it A LOT more than he does.
It’s hard to believe, but it’s taken me ten years of dealing with my son’s autism to realize that I’m so obsessed with organizing my stuff because it’s just so damn hard to organize my life.
The unpredictability of his autism, the disorganization of it all, is the excuse I use regularly.  Just when I think I’ve got it all figured out… BAM!  Conor surprises me with a whole new set of challenges.
He hates the sand.  He loves the sand.  He loves to cook.  He throws tantrums if we don’t have cinnamon.  He begs for playdates.  He bites the playdate.
He won’t sleep at night.  He sleeps, at least, in my bed.  He sleeps all night, jumps out of bed, and naps during the day.

He loves the Wii, and asks Aidan to play.  Psych… he won’t share it with his brother, and is willing to fight to the death.
He’s terrified of dogs, he loves dogs.  He hits the dog. He kisses the dog.
He loves to hike.  He won’t get off the couch.  He swims for five hours.  He gets out after five minutes.
Home school, school school.  Therapist comes, therapist goes.  Loves school, runs for the bus.  Tantrums all day at school.  He can’t wait to go back to school.  What the…?
Really, it’s exhausting just trying to keep up.
So, I’ve given up trying to organize Conor, and I’ve dedicated much time to organizing my things. Makes me feel more normal. It’s difficult, you know, due to all the retail therapy I’ve been utilizing in the recent past. Don’t get me wrong, I’m still trying. But the shopping is getting in the way.
I downloaded a segment of Hoarders last week, and one of the people highlighted actually hoarded organizational items.  Plastic bins, hanging sweater holders, manila folders, that kind of thing.
Awesome.  Wonder how late Target is open? Maybe Jimmy would like a bin for all his polo shirts.  On second thought, no. Maybe some running gear.
Posted by Alisa Rock at 9:24 PM

You have just described my son, again. And, funnily enough, my need to organize. We really do need to get together.!

Conor is an enigma to me in this way. Individuals with autism hate change, I'm told, until they don't. Conor changes all the time!

My nanny told me years ago that it's ok when Conor changes things, because then he's in charge. It's not ok when I change things.

This was during Conor's re-decorating period and he wanted his room furniture moved all around.

Would love to get together and now have time given Conor's hospitalization. (Fingers crossed he stays long enough to actually make it worthwhile.) Let me know if you have any dates you want to put on the calendar.