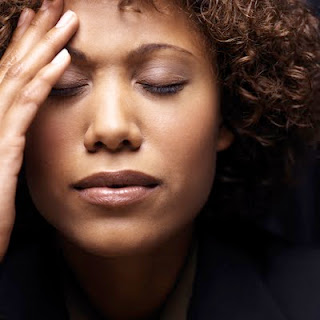 At eleven o’clock last night, I fell into bed, utterly drained and exhausted.  And then didn’t fall asleep until 4:30am.
Don’t you just hate that?
It was a heart-wrenching day. My husband and I were asked to come down to do a “parent session”.  They’re still trying to figure out how to push Conor’s buttons.  (They have to know what’s causing the behavior in order to put together an effective treatment plan.)
Ironically, they want to see the grand-mal temper tantrum during the assessment session.
The struggle has been that while Conor’s had about 5 tantrums on the unit in the week, they haven’t been able to trigger one.  They don’t really know yet why he’s having them. The antecedents aren't too clear.
(Except for the ones related to food.  Go ahead, just try to feed him scrambled eggs.  He’ll make your day.)
If they can’t get Conor to have problem behavior during the sessions, insurance might deem him “cured” (snort) and kick him out prematurely. (snort again.) Leaving us right back where we started.
So my husband and I traveled down to east Baltimore to try to set off a tantrum.  Lovely.
Conor, Jim and I sat in an empty patient bedroom, with the four beds pushed against the wall. Three plastic blue chairs were placed in a semi circle in front of a mat on the floor. We face the two-way mirror.
I had brought three items that I thought would be helpful—his iPad, his iTouch, and our iPhones.
And off we went.  Conor got two minutes to play with the iPhone.  Then we took it away. Then we gave it back. Then away.  Then back. He asked to download a song. Nope.  What day can he download the song?  Never.
He asked to download an app.  Nope.  He asked when he was going home.  Nope.  No, not going to happen soon.
Conor watches my husband playing with the iPad.  He glances over at me, sees me gripping the iPhone.
My stomach just churns.  I start to feel shaky.
Still no tantrum. He IS getting upset. Conor starts begging to know when he was going home.  “Be quiet,” my husband barked.  Conor begins to cry and stands up.  Begging, begging, begging to know when he was coming home for a visit.  He wants to come home so he can download songs and apps.
“Sit down,” my husband demanded.  More tears.  Conor puts his hand in his pants.  “Take your hand out,” my husband directed gruffly.  Such a mean voice, so unlike Jim.
Personally, I just sit there, holding the stupid iPhone, horrified at what we have to do to try to help our son.  I feel like I’m going to throw up.
After about three minutes of my husband just barking at Conor to sit down be quiet take your hands out no app no song, it happens.
A grand mal tantrum.
The behavioral assessment team comes into the room to help manage the tantrum. My husband leaves to take a short walk on the unit, to clear his head.  The team gets Conor calmed down after awhile.  I watch it all, a little shell-shocked.
When Jim comes back, we’re alone in this hospital bedroom.  They’ve taken Conor for a walk on the unit.  (Where he promptly takes off running and hits another patient.  Lovely.)
He’s just shown a lot of love for Conor, doing this extremely hard thing, I tell him, reaching up to fix his hair.  He just shakes his head and looks down at the floor.
Yeah, me too.  Me too.
Posted by Alisa Rock at 9:38 AM

What a terrible place to be. My heart breaks for you Alisa. Hugs-

I HATE this for you. I know that I've worked so hard for years to NOT get my daughter to go off, as I'm sure you have with Connor... I can't even imagine. I hope it helped them.... :(