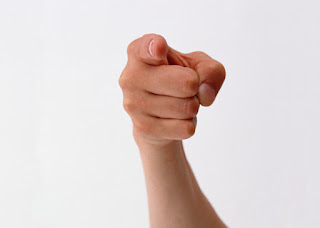 I met a new mom on the unit.  I mean, she’s not a new mom, her son’s seventeen, but he just landed on the unit today. I always jump at the chance to chat up moms of children on the spectrum. So when I ran into her in the parent lounge, I wasted no time introducing myself.  I think she was a little taken aback.

“Hi, I’m Alisa, I’m Conor W.’s mom and I see that your son is on the unit now.”  I’m like an aggressive cat; I just pounce on the poor woman. I shake her hand.

I’m not sure why I do this (I do it often, believe me) but I like to think I’m “networking”.  It sounds so much better than, “I’m nosy and desperate for camaraderie”.

I don’t care, I’ve met four other moms of children on the unit this way. The support is helpful.

Adriana is from New Jersey.  She sounded like Carmella Soprano and resembled an older Snookie from Jersey Shore.  Her daughter is a ringer for Meadow Soprano.

Well, ok, she’s clearly Italian, she does come from New Jersey, and is remarkably pretty and pulled together. She had a ♬fab-u-lous♬purse. (In clear contrast with the sheen of dried sweat I was wearing from my unexpected 5k run that morning and my backpack.  Don’t ask.)

We immediately began swapping “what brings you here?” and “what medications are you giving your son?” stories.

“My son is on Abilify, but first he was on Risperidone, but it made him really fat and didn’t help AT ALL, it didn’t touch the behaviors, so we’re trying the Abilify, and the doctor took him off the Depakote but we felt that was really helping,” I spouted off.

“Antonio was on Risperidone and he gained 10 lbs each time we raised the dose.  It would work for a few months, then we would have to increase the milligrams, and then he would gain more weight.  Then, he got the tardive*,” she said.

“I blame myself,” Adriana confessed.

This really confused me.  Even if she was a doctor, she shouldn’t be prescribing for her own kid, at least that’s what I’ve been told.

“What do you mean?” I asked.  “You obviously were working with a doctor, right?”

“I didn’t really like that doctor,” she told me.  “My husband liked him, but I didn’t trust him. I should have known better.”

All afternoon, this thought poked at me.  Irritated me. You know, like a popcorn kernel stuck between your molars.

Why does this mom blame herself for decisions that hopefully were made in consultation with a competent medical professional?

For me (and again, it’s MY blog so it’s all about ME), I think blaming myself boils down to this.

I want to be in control.

I want to know that if I do X and then I do Y and then maybe if I do Z, nothing bad will happen to my kid, and my kid will make progress and BEHAVE.

Sometimes, you just have to go where the autism takes you. But grrrrr, that’s so HARD for me.  I’m not exactly a fly-by-the-seat-of-my-pants kind of gal, you know?  I like to have a plan.  It’s not surprising that I specialized in strategic planning during my M.B.A. program. Duh.

It feels a little like my Acura’s G.P.S. system. Go ahead and plug in the address. And you might get to the right place in the end (or not), but you may wind up going through the ghetto on your way there.

*Tardive dyskinesia is characterized by repetitive, involuntary, purposeless movements, such as grimacing, tongue protrusion, lip smacking, puckering and pursing of the lips, and rapid eye blinking. Rapid movements of the extremities may also occur. Impaired movements of the fingers may also appear.

Maybe if I drink enough Pinot Noir, I can blame the alcohol instead of myself.