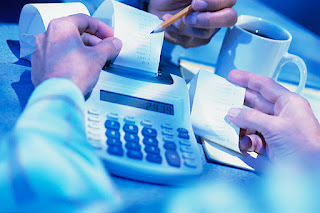 My father is a Certified Public Accountant.  This fact might lead you to believe that he has taught me to stay within a reasonable budget.  Silly you.

Despite his myriad efforts, alas, the accountant gene appears to be recessive.  Staying within a budget seems to escape me.  My husband jokes that he needs to do a Target intervention.

I call Target the $100 store.  I go in for a bottle of laundry detergent and some mascara, and boom!  Next thing you know I’ve got a cart full of stuff I didn’t even know I needed. It’s like my crack house.

Conor seems to have inherited my love of retail therapy, and it has caused us considerable problems in the past.  It feeds quite nicely into his compulsion to acquire objets d’obsessions.

I swear it all started in our efforts to teach him how to behave during community outings. When he was very young, we would actually pay therapists to take him to stores and teach him how to stay with us in the store, stick to the list (ha!), wait in line patiently, to not have a tantrum when he couldn’t turn on the ceiling fan.

“You can’t turn on the ceiling fans in the store!” he’d exclaim loudly.  (Eventually, he got the concept.)

As a reward, he would often be able to purchase an item.  If a $4 calculator got him out of the store without a tantrum, I considered it a good investment.  (I scraped by in my Finance class, you can tell.)

It was nice being able to take him with me to do my errands.  I’ve met plenty of parents who simply cannot take their loved one with autism to the grocery store or, gasp, Target. (I know, can you imagine?)

As he got older, however, and the craziness set in, telling Conor “no” without an ensuing mega-tantrum got harder and harder. It kind of put a damper on things, to say the least. Our trips together to Target faded away. (I still went by myself, though.  I mean, I can't be expected to give up Target.)

And then he discovered Amazon.com.

He calls it “The Amazon”.  Sure, he can’t buy something without our password, but denying the compulsion for the calculator or the puzzle would inevitably lead to tantrums.  So more often than not, I’d grit my teeth and order the damn calculator already.

It’s not that we can’t afford the purchases, we can, but all the consuming would just get stuck in my craw and drive me nuts.  Some days, it seemed as if every sentence Conor spoke started with “I want”.

Honestly, I was amazed at how quickly our bills dropped when Conor went on the unit. (The credit card bills.  Haven’t gotten the bill for the co-pay yet. Yikes.)

So I was thrilled when the NBU behaviorists wanted to work on the shopping. (Conor's, not mine.)

After all, it fed directly into his compulsions, which then fed into his tantrums. They suggested we put a budget into place. 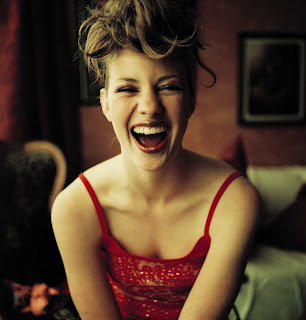 That’s ok, I’ll wait for you to stop rolling your eyes and laughing.  Believe me, the behaviorists and the Clinical Assistants are still teasing us. “Man, $30 dollars?  I’d like a $30 allowance, momma needs a new bag.”

Ok, it’s not THAT funny.

I know, it’s a big budget for a twelve year old.  But we wanted to allow him to be able to buy his beloved puzzles, and some of them are around $25.

It’s going spectacularly, frighteningly well.  He really gets it. Most weeks, he doesn't even spend the entire amount.

Except yesterday, on the way up the stairs with my husband, Conor says, “You get money out of the ATM, right Daddy?”  Oh boy.

But why don’t I let Conor explain for himself.

He may not be frugal with my money, but he is with the timing on the video.  So I had to cut it off at 2:21 or he wouldn’t be happy! (I’ve promised that he can watch himself on YouTube.)