My Husband is a Ho 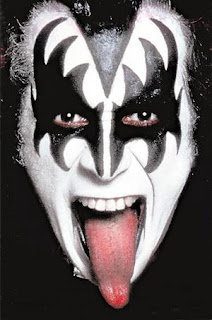 My husband is a ho.

He gives up his high-fives to Conor at the wink of an eye.  You don’t even have to buy him a drink first.

Me, I don’t give up the high-five so easily, but Jimmy?  He’ll high-five anytime Conor raises his little hand.

“The sky is blue!”  Conor will raise his hand for a high-five and smack!  There goes Jim, high-fiving him. Again.

“Conor went to the store and bought a calculator!”  Smack.

“Conor DID buy Mommy a calculator for her birthday!”  High-five.

Conor loves getting high fives.  I don’t really remember when it started, but he’ll high-five you all day long if you let him.  It’s like a Seinfeld episode, especially when Conor talks about himself in the third person at the same time.  (Hey, pronouns are hard. Seriously, hard.)

Sometimes Conor views the high-five as your handshake.  He’s sealing the deal.  Most of the time, I think he just loves the interaction.  He definitely loves the attention. (It’s awesome when he and Aidan high-five each other goodnight.)

So what can I say?  I’m picky.  I’m choosy about when I high-five Conor.  I have a little respect for myself. I want it to mean something.

You crack me up!