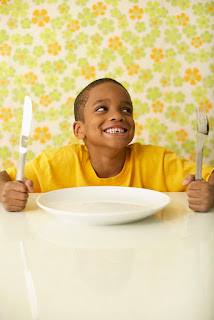 I want to make sure that things go smoothly at Thanksgiving, although it’s only going to be ten of us so I’m not sure why I’m fixated on this.  But I have GOT to make it nice.

Last Thanksgiving was a disaster, and we admitted Conor into Sheppard Pratt the next day. (That was his first hospitalization.) Aidan wound up staying at my parents’ house for days and days.

At home, Jim and I take turns eating dinner. All four of us try to sit down together at the same time every night, but Conor finishes his meal in five minutes.

I swear, it’s like he has a vacuum hose attachment for a mouth. I think it’s because he doesn’t talk during the meal.  Seriously, you can ask him question after question and he just won’t answer you.  Never has, don’t know why.

Since my husband generally inhales his food in five and a half minutes (in spite of talking), he often jumps up to supervise Conor as I’m just sitting down to eat mine.  (Jim’s one of five children-four of whom were boys-so I think he just got used to fighting for his food. If you didn’t get it down your gullet in the first three minutes, you went hungry. Evidently there's some pork chop incident that lives in infamy.)

Aidan watches all this jumping up and down with amusement. (Aidan takes forever, especially when there is a green bean involved.)

But when we’re visiting friends and family, I often take the second shift just so I can linger over the end of the meal, have another glass of wine, and catch up.

(Don’t tell my husband; he thinks I’m just being nice.)

Anyway, since Thanksgiving is all about mealtime, I’m working really hard to make sure that dinner is accompanied by good behavior by Conor.

I’m already making a mental list of items to take, including his favorite calculator, dot-to-dot books, and an arts and crafts project.

When he jumps up from the dinner table and definitively announces “Mom, may I be excused” (as if I have a choice), I’ll have a bevy of activities to keep him occupied so everyone else can enjoy their green salad, sweet potato, turkey, stuffing, mashed potatoes, carrots, kale, rolls and...

Hey, my mom puts on a spread.

It makes me feel pretty small to admit that I often resent having to follow my twelve year old around like he’s a toddler, especially during holidays.  Please Conor, I want to say to him, can’t you just sit down and read a book while we eat dinner at a normal pace?  Watch TV? Not scream so loud all the time? Could you sit still for just two more minutes? Three?

Many people have loved ones that can’t even go to family gatherings and holidays, much less to other people's houses. So I shouldn’t complain that I can’t sit back, have a tall cold one, and enjoy the football games and the holiday dinner like everyone else.

It’s Thanksgiving, so I think I will just be thankful that Conor’s not on the unit anymore, that he’s doing better than he was this time last year, and that my family can afford to host a lovely sit-down dinner, even if Conor, Jim and I don’t do much sitting at all.
Posted by Alisa Rock at 7:12 PM