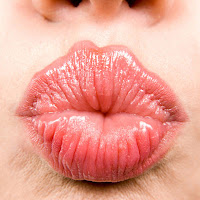 “I think Conor likes Dad more than me,” I joked to Aidan while I tucked him into bed.

I do think Conor prefers Jim to me.  I can see why.

Jim’s loads of fun… running in the house, tickling, zerberting each other, screaming with laughter.

They have this whole shtick where Conor is a penguin and Jim is a shark.  (Sharks eat penguins, apparently.) And Jim tickles Conor until he’s blue in the face. They wrestle around and create general mayhem in the house.

“Conor’s a penguin!” Jim will yell.

“Daddy’s a shark!” Conor yells back. Tickling and screaming ensues, accompanied by rolling around on the floor in some sort of scrum.

Jim also has bit with Conor that my son just loves.  I have no idea how it started, but Conor calls it “doing jokes”.

“Zerbert my shirt!” Conor starts.  Jim makes a farting noise.  (With his mouth, I feel compelled to say. I don’t know why.)

“Zerbert my underwear!” he giggles and shouts.

Conor’s screams of laughter continue.  (And I do mean screams.  Loud.)

Somehow, I don’t get the same reaction when I make Conor set the table, change the sheets on his bed, do the laundry or use the leaf blower.  Go figure.

When I mentioned this to my husband, he told me that maybe if I gave up high-fives as easily as he does, Conor would like me better.

I almost pee'd my pants when I saw this.  Stupid-Hilarious.