Survival of the Fittest

We have just survived 96 hours straight with Conor.  Yes, I know, that's just 4 days, but it feels like an eternity.

(The museum was Conor’s choice, his “earned” outing.

Let me tell you three words that do not go well together--Conor+children+museum.  He did fine, but Jim and I had to go home and pop some clonidine to lower our blood pressure.)

It pains me to say it, but holidays are a time for me to grit my teeth and muscle through until school starts again.  I’m like a competitive skier that closes her eyes and mentally runs through the course before the gate slams open. I plan and I train, and then I pull up my bootstraps, gird my loins and, of course, snarl for motivation. 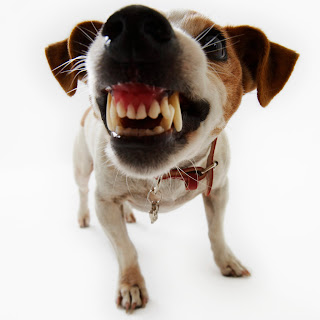 That’s not the mom I want to be.  I want to be the mom that longs for five consecutive snow days filled with sledding, hot chocolate, movies, and fires in the fireplace.  I don’t want to be the one that throws eggs at the weather forecaster each time snowflakes light up the 5-day forecast.

I’d like to be the cookie-baking, house-decorating, gingerbread-building, child-hugging fantasy I imagine other moms can be, if only for a couple hours.

I know these days aren’t all fun and games for parents of typical children.  I hear my friends’ laments, and I sympathize.  I really do. I get it.  And from talking to them, I think one of the hardest aspects of raising my child with autism is the lack of opportunity for the age-old standby—the “play date”.

If my typical kid is getting’ on my last nerve, I simply invite Frank and George, Sam and Owen, or Aaron and Andrew over and-poof-they disappear upstairs to play pinball, air hockey, pop-a-shot, and the Wii.  (I have no idea why children come in pairs these days.)

Or if I’m really desperate, I call my friend Sue and ask if Aidan can go over there.  Hell, she’s got four kids and two dogs, what’s another rug rat running around?  Half the time, she doesn’t even notice he’s there, especially since he kind of looks like one of them. (Except that red hair, it’s like a flare.)

My husband and I are Conor’s play date, and I have to say, it’s exhausting to be your adolescent’s play mate for 8 hours a day.  (Jim and I split the duty.) And he’s a play date that, honestly, could give a crap about what YOU want to do.

And so we dance that delicate dance that we have, between doing the activity he would like to do 12 hours a day (bounce a ball, listen to Willy Nelson) and the horrible, horrible activities we require him to do.  Like Arts and Crafts, Yoga, Play with the Dog, or Cook Something Fun!

It’s 9pm now.  Eleven and a half more hours to go until school starts again.

we are chuckling at your post - very very very very true - we are our daughter's playdates and split the job as you two do..... www.songsforlexi.com/apps/blog