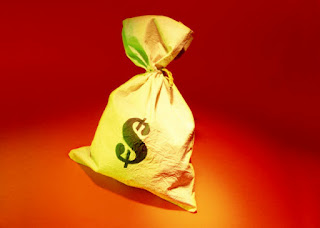 The thing is, we think Conor's gaming the system. (No, not like Rain Man, silly.)  He's figured out that he can have one, if not two, tantrums per week and still earn his Superstar outing.  (My boy loves himself a community outing, yes he does.)

As a matter of fact, I think he's figuring out what time to have the tantrum to minimize the number of tokens lost. My boy may have a developmental disability, but he is smart.

Of course, I could be full of shit and it's all coincidental, but that's beside the point.

We thought Conor needed an additional incentive to have zero/zilch/nada/no/not-even-one tantrum during the week.  So my husband had a brilliant idea. 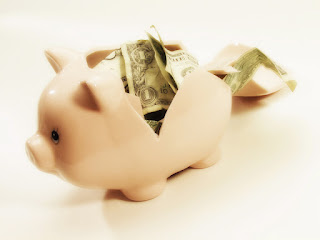 Nothing motivates Conor more than his weekly allowance.  He is a shopaholic.  The behavioral team at Kennedy Krieger Institute's NeuroBehavioral Unit actually put him on a budget, and I can not tell you what a difference it has made in our lives. (Thank God he's the only one that got put on a budget.  Just sayin'.)

So, if Conor earns every single one of his Superstar tokens during the week, he now has the potential to earn three extra dollars.  If he earns every token during the weekend, he can earn another $3.  So, if he goes from Monday morning to Sunday night without one single, solitary, individual tantrum, he gets an extra $6 that week.

(You can tell my husband was a banker.  He knows how to structure a good bonus/compensation plan.)

Six extra smackers.  Do you know how many pencils a pencil-addicted thirteen year old boy could buy with six extra bones?  Plenty.

"What do you think about that, Conor?" my husband asked at lunch today when he explained the idea to him.

"Conor will stop the hitting," he replied, eyes aglow with the prospect of earning a bonus every week.

Hell, Conor, if that's all it takes, I would have bought you off years ago.