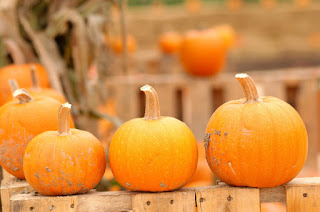 I remember the first time Conor lied to me like it was yesterday.

For those that don’t know, it’s a common misperception that people with autism can not tell lies.  Some sort of horse hockey linked to their tendency to be literal, I suppose.

Not my guy.  He’ll look you right in the eye and he’ll lie.

“Conor, did you write on the wall?”

C’mon, Conor, who else would write the name of his current girl obsession on the wall?  It says “Vera” right there. Fess up.

“Conor, just tell me the truth, did you write that on the wall?”

“No.”  You can tell, though.  He looks you in the eye but he wrings his hands.

Over the years, Conor has improved on his lying technique, but not by much.  Now, everything’s an “accident”.

“Did you just throw that book, Conor? I heard you throw it.”

Ok, now, how does a book get thrown by accident?  Honestly, Conor, did you throw that book?  “No!  It was an accident.”

Wait, it gets better.  Now, he tells on himself, even as he’s lying about it.

I’ll be standing at the stove cooking dinner while helping Aidan with his homework (I am woman, see me multi-task), and he’ll come to the kitchen door and blurt out…”Conor’s on Level 3, it was an accident.”  And then hold his hand up for a high-five.  What?  What now?

Conor’s immune to misdeeds if we don’t witness them ourselves; he doesn’t know we can’t touch him if he confesses.  But we don’t tell him that.

So when the behavioral therapist at Kennedy Krieger asked me if Conor cheated, I swore that no, he doesn’t cheat.  He lies, oh boy, can my boy lie to you but cheating?  Nah, he follows the rules. (We’re talking about tweaking his behavioral protocol and it’s important to know if he’ll cheat or religiously follow the rules.)

So when we caught Conor downloading an entire album of Chely Wright songs on his iPad behind our backs and without permission on a day when he knows that it’s not allowed, I was horrified and incensed.

Ok, not really.  I was amazed and bemused that he figured out how to do this.  I guess if you enter a password on iTunes to download an application on your iPad (which his father DID approve), you can go back into iTunes and purchase whatever your heart desires without re-entering the password.

"Daddy, want Conor to have some downtime?  Want Daddy to leave the room?"  Tricky-dicky.

(BTW, he DID get the ten bucks taken out of his allowance next week. There was a consequence. Unfortunately, I think it's overshadowed by the sheer joy of listening to the bootlegged songs.)

That smarty pants.  That lyin’, cheatin’, scheming smarty-pants played us like fools in a bad country and western song. You gotta give him credit for that.


I'm not a big country music fan, but when I was researching videos to go with this post, I stumbled upon this one. Fun!