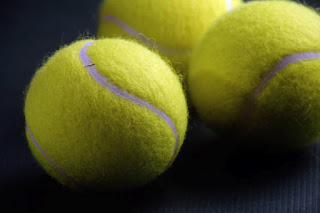 “Do you have balls?” I asked my husband as we trudged up the stairs behind Conor.

“Do you mean that physically or metaphysically?” he chuckled.

Last week, we took Conor on a four-day jaunt to Ft. Lauderdale, Florida for his Spring Break.

You know the scene.  Bikini-clad women glistening with sunscreen, fraternity brothers with rock-hard abs, convertible Jeeps cruising up and down the Avenue pumping out Katy Perry tunes, hot sun, cold beer, late nights, casual sex, and naps on the beach.

Oh wait, no, that was just one of my flashbacks from college. My bad.

In my experience, taking Conor on Spring Break to Ft. Lauderdale requires three types of balls:  a basketball (his request, never used), tennis balls (he likes to play even though he has absolutely no backhand, so sad, really), and a big pair of cojones.

(I borrow Jim’s cojones when I need a pair.  We’re married so technically they’re mine, right? At least, half the time. Yes?)

Taking Conor on vacation is not for the weak, after all.

Two years ago, our trip to Florida culminated in drugging Conor to get him on the plane home.  (Unfortunately, I didn’t bring drugs for me so I had to wait until we got home. Damn those drug-sniffing dogs and their olfactory prowess.)

Two days of near-constant aggressive and erratic behavior took a toll on all four of us.  He did wind up punching the airplane window a few times but it held and we didn’t wind up talking to Matt Lauer on the Today show the next morning so that was good.  After the punching, he passed out fell asleep.

Last year, our trip to Busch Gardens in Williamsburg, Virginia (no plane, thanks, enough of that) ended in my son smashing his fist on another family’s breakfast table on his way back from the restroom with Jim, scaring the bejesus out of everyone.  The whole restaurant fell silent. “That was scary,” the mom said to her daughter.  We quickly fled to the car after I threw money on the table, avoiding everyone’s eyes.

So despite all of Conor’s gains since being discharged from the hospital, I was a little nervous, you could say.  We decided to go back to the same resort in Ft. Lauderdale since it was familiar, Ft. Lauderdale has a Panera and a Chik-Fil-A, and the small resort was literally 15 minutes from the airport. They didn’t have Conor’s face on a “Wanted” poster, so I figured we were safe.

I packed up the house into a few suitcases. (You think I’m kidding, don’t you?) I needed at least three bags—one with the basketball, one with the tennis equipment, and the third for Jim’s cojones. We took the first flight out of Baltimore, barely making our flight after waiting in endless lines of fellow Spring Breakers to drop off our bags.  (We carried the cojones on the plane with us. You definitely don't want to get on a plane with Conor without your cojones.)

I’m relieved to report that things went much more smoothly this year.  Oh, we had upsets, but they mostly involved stomping feet, caterwauling and rolling around in the sand. (And that was just me when they closed the poolside bar.)

Of course, these upsets really revolved around waiting for the balls that we didn’t bring with us, namely ping pong balls and a volleyball. Waiting is hard, especially for a teen with autism.  (Where IS that waiter with my drink?) But all we had to endure this time, thanks to an awful lot of luck and a ton of hard work, was the pitying stares of other parents, which are their own hardship, I suppose.

So it was a success. And next year, I know to put three more balls on the list… ping pong balls, a volleyball, and my own pair of cojones. I’m tired of sharing with Jim, and I think I can find a cheap pair on Craig’s List. A brass pair that I can hang from the tow-hitch on my car. 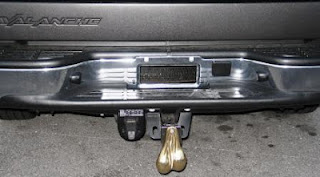 I have to recommend the Lago Mar Resort in Ft. Lauderdale, FL.  It is an older resort, small, but it's right on the beach, very close to the airport (you can see the planes taking off from the beach), and the employees there could not be nicer. Most of the clientele have younger children.
Posted by Alisa Rock at 8:50 PM