The Importance of Listening to Music Quite Loudly

Last night I heard Conor in the shower, singing this song.

Music plays an integral role in Conor's inner life but I'm unsure of the why or the how.  He's no musical savant, my son. He's not picking out melodies on the woefully out-of-tune upright piano we have gathering dust in the living room. (The one I learned on and can barely play after all these years of neglect.)

The fact is, the piano is merely a stand for his birdhouses and decorative plates.

But yes, music is important to him. He listens--and has listened--to music as frequently (and as loudly) as possible.

In the car.  On his iTouch.  On his portable CD player. (Yes, he's the only American who still has one.)  On his computer.  On his iPad.  On the boom box he has in his old classroom on the third floor of our house.  (Boom box, that gives me a chuckle.)  Conor blares music while he jumps on the indoor mini-trampoline. (One of those jog-o-line contraptions.)

And I think he's the only person on the planet besides my mom who still buys CD-ROMs.

He'll sit in our car, as we idle in front of our home, asking to listen to the song on the radio until it ends.  Then he'll ask to Shazam it with one of our iPhones.  Then he'll go on his computer (only on Treasure Chest time) and preview the song on the iTunes Store. Then he'll ask to download it. (He's allowed to download only on Friday nights and Monday nights.  It was getting to be a big problem. Hello, my name is Conor and I'm a downloading addict.)

Then he'll download the video on the next opportunity.

He'll spend hours reviewing the songs the iTunes store recommends based on his past purchases. This means he'll spend weeks downloading country rock and then suddenly switch back over to his girl, Rihanna. (Now that Beyonce's had a baby, he's moved on. You're old news, girlfriend, sorry.)

Music calms Conor's savage beast, at least some of the time.  It excites him.  It mesmerizes him. It's his leisure activity of choice. His taste is wildly eclectic.  Country rock, southern rock, R&B, some alternative, hip hop, a soupçon of classical (but not really), pop, pop and more pop. No techno, at least, not yet.

The rhyme or reason escapes me. How do you hop from Cinderella to Rihanna to the Doobie Brothers, back over to Carrie Underwood over to Madonna, on to Chely Wright to Flo Rida and David Guetta, only to turn around and listen to the Baby Bach CD bought when he was, well, just a baby?

I don't know what his musical taste and his affinity for music might tell me, but one thing is for sure.  Whatever music Conor listens to, you can be sure that he's listening to it quite loudly.  Amazingly loud.  Frighteningly loud. So loud that you can hear it emanating from his oversized headphones tucked tightly against his ears. 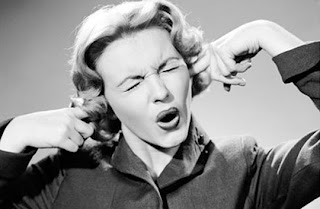 Yes, yes, I know, he'll be deaf by the time he's twenty.  Lordy, we've fought that fight a thousand times.  He won. (That tells you something about my parenting, I bet.)  It's just... it seems like such a sensory thing for him, the complete immersion into the music. The exclusion of everything else in the world.

To me, it echoes how he used to swim underwater in the pool for hours, coming up for air like a little dolphin and diving back down.  Just complete sensory relief, it seems. It's so loud, it's quiet. Nothing but the song, and the music, and the musician, and his mind.

I have to admit, when things are bad with Conor, I do the same thing.  I sit in front of our house, trying to will myself to go back in from my trip to the bus stop or the grocery store, and I listen to the music quite loudly.

When Conor was 8 or 9 (how the years blur as they go by), he grabbed hold of this John Mayer song and would not let it go.  Unfortunately for his tutor, it wasn't the acoustic version, and he would play it again and again and again and again quite loudly during his scheduled breaks. I don't think she was quite the same after that.

Listen to it at a really high volume.  Conor would like that.

I've been to two John Mayer concerts.  (Three?  Maybe three?)  Awesome.  Captivating. Amazing. Inspiring.  You should go if you get the chance.

I feel your pain, I do. We went for years, YEARS, listening to Kung Fu Fighting....just typing that out gives me PTSD....