One F-Bomb, Some Sexual Innuendo, And Getting Off The Grappling Hook 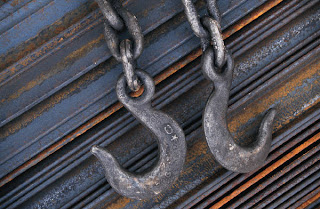 Yesterday, Conor had a 30 minute tantrum at school.  Thankfully, this time, our case manager didn’t call us. He usually does. I'm sure there are legal guidelines about when and how they have to call parents. (If I were a good parent, I'd know what those guidelines are, I suppose.)  Maybe it's because the tantrum was just before pick-up.  I don't know, I get tired of thinking about these things. Whatever, he had a burst yesterday.

This time, the behavior support staff just informed my husband when he picked Conor up at school. Jim texted me when they got to the car.  (But not while he was driving.  No, that would be admitting to an illegal activity here in Maryland and we certainly do not do that.  Admitting, I mean.)

Here, you can read our exchange--

I was on the tortuous spin bike we have in my office when I got the text.  I just pedaled faster, and furiously.  (It's quite motivating, evidently.) But not too fast that I couldn't respond appropriately. I'm not an exercise enthusiast, after all.

You know, I have spent countless hours wracking my pitiful little brain about why Conor developed these bad behaviors.  Honestly, I know I'm not a perfect parent, but I don't know what I did so wrong to deserve this.


Why does MY kid have to be the one that can't behave?  And in such SPECTACULAR fashion. WHY? WHY?

Oh, relax, I'm not going to bore you with my regrets and my pity party. God knows, I bore my husband enough with both of them. (You can read all about them here, anyway.)

This past weekend, the New York Times Magazine featured an article titled, "When Is A Problem Child Truly Dangerous?" Its subtitle is Can You Call A 9-Year-Old A Psychopath?

Don't worry, don't worry, I'm not going to be all "my son is a psychopath" on you. No, it's bountifully clear that he has autism. But Dan Waschbusch, a researcher at Florida International University featured in the article, believes that "psychopathy, like autism, is a distinct neurological condition — one that can be identified in children as young as 5."

(Of course, this theory is highly controversial. But remember when everyone thought autism was caused by "refrigerator mothers"? Turns out... neurological condition. Imagine that.)

Ok, ok, I know I'm dragging it along here. What I'm trying to articulate is that this article made me stop and think... what if it wasn't anything I did wrong after all?

What if it's just... what if it's just that his brain is somewhat hard-wired this way? What if he has such difficult behavior because his brain just tells him that it's the right course of action to take? That his "fight-or-flight" is permanently stuck on "fight". That it sometimes takes too much effort to re-route his thinking from "tantrum" to a more socially acceptable action?

That's hard enough to grapple with, I suppose. Because while it takes me off the hook emotionally, it also limits our options to do a tremendous amount to change it.

Geesh, you can't win for trying. I don't know. I don't know the answer. I don't have any answers today. He didn't want to share the basketball.  That's all I know.

We need an electrician to go in and re-wire his brain. There, it's that simple.  Maybe Ben Carson can go in there, and move a few things around.  Hey, crazier things have happened.

That's why my next reading assignment is "Connectome: How The Brain's Wiring Makes Us Who We Are" by Sebastian Seung.  I bought it four months ago, but the science is challenging my feeble writer-brain. It sounded so... accessible when he was talking about it with Terry Gross on Fresh Air.  Maybe I can find the answers in there...

Here's a synopsis from Amazon.com:  Sebastian Seung, a dynamic professor at MIT, is on a quest to discover the biological basis of identity. He believes it lies in the pattern of connections between the brain's neurons, which change slowly over time as we learn and grow. The connectome, as it s called, is where our genetic inheritance intersects with our life experience. It s where nature meets nurture. Seung introduces us to the dedicated researchers who are mapping the brain s connections, neuron by neuron, synapse by synapse. It is a monumental undertaking the scientific equivalent of climbing Mount Everest but if they succeed, it could reveal the basis of personality, intelligence, memory, and perhaps even mental disorders. Many scientists speculate that people with anorexia, autism, and schizophrenia are "wired differently," but nobody knows for sure.
Posted by Alisa Rock at 5:48 PM