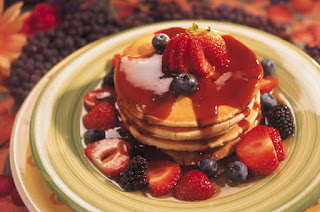 "What's wrong?" I asked my 10 year-old typical kid as he sat at the table, pouting at his plate of pancakes. "What's bothering you?"

"Something's bothering you, c'mon, tell me," I needled.

"Ok, ok," I said, throwing my hands up as I followed Conor out of the kitchen.

From the other room, I heard Aidan muttering to my husband in the kitchen. "Pancakes murmur murmur flipping murmur Conor murmur murmur."

Oh my God, seriously? Is Aidan seriously pouting because Conor flipped Aidan's pancake over on the skillet, and Aidan didn't get to do it himself?


Is he upset over, literally, a flippin' pancake?


Growing up with three sisters, I remember vividly the multiple indignities suffered upon me by my siblings. Too numerable to recount here, although I distinctly remember my older sister looking at me a lot. At least, that's what I told my mom.

I know, really, the nerve of my sisters to actually look at me. 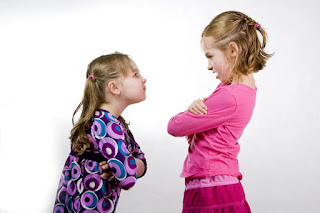 My husband and I try to explain to Aidan that typical brothers can be pains in the asses too, that Conor doesn't just torture him because he has autism. He also tortures Aidan because, well, he's his older brother. And that's what siblings do.

(Although Aidan doesn’t have to complain about Conor looking at him, ‘cause his eye contact sucks.

Of course, I didn’t have two rooms in my childhood home with locks on them that I could use as "safe rooms" when my sibling had a magical meltdown. Aidan does. (They lock from the inside and one has a Wii in it to amuse him during a Conor crisis.)

And my parents weren’t powerless to address certain behaviors. I've been grounded more times than I can count, have had my mouth washed out with soap (blech), and made to eat green vegetables!  Vegetables!

(Although, I suppose, I probably accused them of doing nothing to stop the looking at me!)

Quite honestly, at this point, if Conor flips his brother’s pancake or steals Aidan's basketball or makes it impossible for Aidan to have a friend over one afternoon, we may simply have to shrug our shoulders and move forward. Is the act important enough to risk a grand mal tantrum for?   If yes, then confront and deal.  If not, just accept and move on. Priorities, I suppose.

It’s not that these things aren’t important. They are. It’s just that, in the end, the entire family has to dance around Conor’s disability. We all have to make concessions accommodations to it. Even Aidan.  And that's got to be hard.

So I understand Aidan’s frustration. Personally, I wish Aidan had to deal with his brother calling him a ball sac, bogarting his Halloween candy, and giving him noogies than have a brother who tantrums on a whim, screeches odd things at people in public, and sucks up the majority of his parents' attention.  But hey, that's life with an older brother with autism.

But some of the time, it's just life with an older brother.

At least he doesn't have to deal with Conor looking at him all the time.  But the next time I catch my sister looking at me, I know what will show her what's what--

Really laughed at this. My kids get deeply affronted when one of them breathes on the other...XXX

I know, it's hilarious the stuff we used to do. One of my sisters drew an actual line, in pen, down the middle of a clothes bureau we shared. You know, so "my" stuff wouldn't touch "her" stuff. LOL Seems so ridiculous now.