You know I can't be alone with Conor for an extended period of time, right?

I clench my teeth when I say it (since I am loathe to admit it), but being alone with my son makes me anxious. A little.  I take a deep breath and I do it (I refuse to back down) but it makes me take pause, shall we say. I hesitate.  Don't get me wrong, I do it, it just makes me feel slightly queasy.

Well, you're not getting my weight out of me. But he outweighs me. And he's only 2" shorter than me at this point. Yes, he is in the 10th percentile height for 13 year-old boys and still, he's almost as tall as me. What can I say? I'm height challenged.

And Conor, he's motivated.  When he launches his attack, my boy ain't foolin' around. He's not here to party. He's all business, my kid and his tantrums. He'll put a hurtin' on you.

So if my husband wants to go to a community meeting at night or out to have beers with the guys or to hit some golf balls, it means that I'm trying to book a therapist to come while he's gone. It's not as easy as you think, surprisingly.

It's shocking to me, but Conor's therapists actually have social lives outside of my home.  I know, right? What does a 27 year-old single do outside of work that's fun?  I mean, really, what could be more fun than hanging out with a neurotic 42 year-old mom and her wacky kid?

At the minimum, I'm bribing my (taller, bigger, much fitter, much younger) baby sister with Chinese food and red wine to come stay with me. She's a social worker and is trained in take down moves and self-defense. (Although she is rather ticklish, so I suppose Conor could tickle her into submission. But that would be weird.)

And so here I sit.  Squashed between my desire to be Miss Independent, Miss Super Autism Mom, Miss Make-My-Day-I-Can-Handle-Everything and my pragmatic nature that sees the situation for what it really is.

I have to be frank here.  The whole thing really chaps my ass. I never thought, in my wildest dreams, that I would become That Mom Who Could Not Take Care Of Her Child. It pisses me off.  Royally.

I mean, I've been stranded in the combat zone.  I walked through Bedford Stuy alone.  Even rode my motorcycle in the rain. And you told me not to drive, but I made it home alive. So you said that only proved that I'm insane.

My point is, I envision myself as an independent, strong, need-a-man-like-a-fish-needs-a-bicycle kind of gal, not this quivering, anxious, dependent mom who has to take deep breaths every time her husband walks out the door.

I suppose I could start doing some rigorous workouts a la CrossFit or P90X or some such thing.  (But I can't, because I don't have that many free hours in a week.)

I've thought about taking some martial arts classes so I can learn some moves or at least block some of the aggressive techniques Conor seems to have thought up.

I guess I could do that, but that would also take up valuable free time and I'd have to, you know, interact with people I don't know.  Plus, I had a really bad Judo experience in college and it still haunts me.  (I don't want to talk about it, stop hounding me, Sharon Landis don't you dare say anything.)

I do plan on scheduling time for a professional to teach me more appropriate restraint techniques so that neither of us gets hurt, but I've put it off for a very long time.  I just don't want to deal with it, I think.

Deep down, I think I'm just wishing that there was something I could say, some magical phrase that would stop Conor in his tracks and make him think--"Hmmmm. Maybe I won't have a tantrum.  I think I'll sit quietly in my chair and read a book instead." 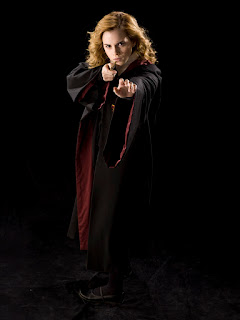