Um, no, you really shouldn't have. No, really. 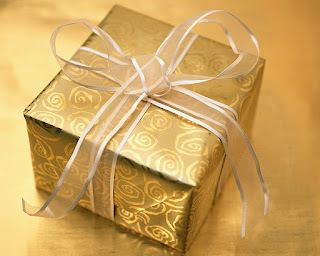 Yesterday was not only Thanksgiving, it was my birthday. (Why thank you, I turned 42.)

I scored with a very snazzy Kindle Fire (love), a beautiful silver bangle bracelet, and a calculator. (Calculator, of course, from Conor.)
In addition to the calculator (that, I was informed, goes to billions and was for my office), Conor gave me a grand mal, very public tantrum.

It was a complete package, with strangers asking if everything was ok, Conor trying to pull his pants down, my abandoning my favorite "go cup" for my tea on the sidewalk, automobile drivers slowing down and staring as they went by, and my husband having to wrestle him the half mile home.
And, to make it even better, we were walking the dog. (Of course we were.) Linus immediately began to FREAK OUT, thinking (I'm guessing here, he didn't say) that Jim and Conor were playing some sort of fun game that any dog would love to join.

So today my back and chest hurt from wrestling a 60lb, three year-old, lunging, barking standard poodle for a half mile while my husband (who is in very good shape) doesn't seem to have suffered any physical ill effects from wrestling a kicking, screaming, biting, punching 100lb twelve year-old adolescent boy with autism a half mile.
So fun.  NOT.
The problem with a "consummable" gift like this tantrum is that if you don't like it, you're out of luck.  It's nonrefundable.

And then you feel badly because you don't really appreciate this gift, but you can't take it back to buy what you really wanted.  And then Conor feels badly, because he's given you something that, quite frankly, you can tell he doesn't really like himself but couldn't figure out what else to do.

All I have to say is that I hope Conor comes up with something different for Christmas, or I'm going to be really disappointed.
Posted by Alisa Rock at 8:01 PM