Are You Ready for the Summer? 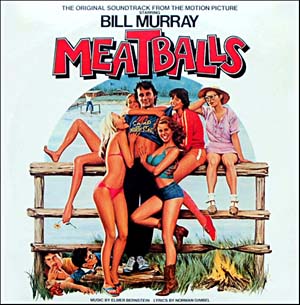 Today we drove two hours to Maryland’s Eastern Shore to look at a prospective summer sleep-away camp for Conor.

Two hours, one way that is. To have an interview.  To see if they’ll accept him. Maybe. For a residential camp that is five days and four nights long.

The past two months I have had three panic attacks, two crying jags, six conference calls and one major freak-out episode over the upcoming summer break.

And it’s not even the end of March! And he has school the entire month of July because he’s in an 11-month program.

What it boils down to is that we have to fill five weeks of empty, unstructured days with some sort of structure for my autie.  35 days.  That's more than a month, combined. Gulp.

I think only another parent of a child with autism understands the level of deep breathing, hand trembling, and wine drinking that this presents. (Don't worry, I've already started drinking.  Get a jump on things, I always say. Why procrastinate?)

Of course, finding the right camp for Conor raises some pretty significant challenges. He has to have a 1:1, that’s a given. Can you imagine trying to watch Conor AND another camper with autism? Yeah, right.  And the camp has to have a pretty high level of training for its counselors.  For obvious reasons. Um, hello, tantrums?

The camp needs to have Internet access, which sounds easy.  It’s the year 2012 after all. But one camp I liked is located in the mountains of western Maryland and they have snails that connect faster than the Internet.  Forget cell service. (I know, can you imagine?) Conor is reinforced for good behavior by his access to electronics, and a lot of that time on the electronics is spent accessing the Internet.

You know, so he can look at ceiling fans, shop for calculators, and ogle pictures of Beyonce.

(One camp also recommends not bringing an iPad with him if he doesn’t need it to communicate.  Because it’s a “camp setting,” which I assume is code for “someone will steal your shit”.

And don’t forget the community outings.  He works for community outings, to spend his ducats on some nice puzzle bling or bowling. So camp has to be close enough for us to pick him up and figure out what do to about the outing.

I don’t know why it’s so damn hard.  I see other parents sending their kids with autism off to these sleep away camps.  They tell me their kids have difficult behaviors.  Am I just the definition of a loathsome helicopter mom that can’t let her kid go, or is he really that complicated?  Is it both?

I mean, he’s very verbal but still needs so much translation. So much walking-on-eggshells management.

I feel like I need to write a technical manual explaining all things Conor for camp personnel.  But who reads those things anyway, honestly? (Maybe I should start a Wikipedia page about all things Conor. Wouldn’t that be AWESOME?)

In any case, I am proud to say that my boy aced that interview today.  By "aced", I mean slept through more than half of it. Put his head right down on the hard, laminated-wooden cafeteria table and fell asleep. (It IS a "sleep"-away camp, after all.)

Awesome!  Maybe they'll think his biggest behavioral problem will be that he sleeps too much.

It’s extremely important to me that Conor master this sleep-away camp thing. Selfishly, I would like to have somewhere he could go for a few days so we could have some respite and some downtime. Some breathing room, really. (How else am I going to be able to go clubbing all hours of the night with my girlfriends and get a tattoo I'll regret later?)

Selflessly, he needs it--to grow, and mature, and be independent.  Well, as independent as anyone needing a 1:1 aid can be, I suppose.  It would be good for him, to have to learn to advocate for himself and enjoy being out from under Mom and Dad’s thumb.  For a few days at least.

Or maybe, just maybe, what it boils down to is that I always begged my mom to go to summer camp, even just for a week. We could never afford it. (Something ridiculous about saving for college for four children or some such nonsense.)

Maybe I’m just trying to live vicariously through my son.  Maybe I just want some sleep. Or maybe, just maybe, I think it'll be just as much fun as the camp in Meatballs. (The best camp in this price range, according to Tripper Harrison.)


Either way, I’ve got my fingers crossed.