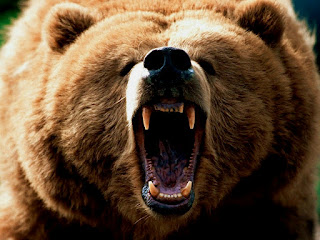 Every school morning, Aidan (my typical kid) and I are at the school bus stop by 7:10. I rise early, exercise, shower, make-up my face, and fix a wholesome breakfast for the both of us after I empty the dishwasher and feed the dog.

Pffffft, yeah, right.  The reality? I throw on the same tired, grey, Old Navy sweats everyday, yank on a black knit cap to hide my bed-head, and throw some cereal into a bowl for Aidan while I mainline coffee.  (The dog starves and keeps his legs crossed until I return.)

We're out the door at 7 sharp and jump into the car.  (The bus stop is about a half mile from the house.) My husband hangs out at home with Conor.

This morning, as Aidan and I sat in the car, I pulled down the sun visor to look in the mirror. If I look too rough, the bus driver asks me if everything's ok at home.  (He gets offended if I don't get out of the car and say hi to him as Aidan runs up the steps.  I know, don't ask. Nice man but a Nosy Nelly.)

"Do I look as tired as I feel?" I asked Aidan, glancing at him out of the corner of my red-rimmed eyes. The annual spring pollen-storm isn’t helping me any.

Don't you just love that kid?  He makes me laugh every day. You bet your ass I beat that bear, babe.

It's no secret. Raising kids involves a measure of sleep deprivation at many points in their lives.  I'm sure there's a mom in China right now falling asleep at her station at Foxcom making my next iPhone.

I’m not going to bore you with the details of Conor’s sleep habits.  Plenty of parents of children with autism have shared their child’s abysmal sleeping patterns. Suffice to say, Conor stopped sleeping through the night when he regressed just before the age of two, and didn’t sleep through the night again until he was 9 years old.  Yeah, that’s like having a baby for 7 years straight.  Not as bad as a newborn, but not as good as a typical toddler.

And I don’t mean get up for a minute, gimme-some-juice-Mommy, and go back to sleep.  I mean, awake at 2:30am and up.  For the day, up. (Totally brutal when I was working full time.) 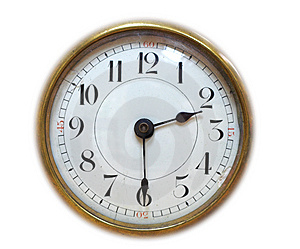 I Ferberized the hell outta him, with zero luck.  (For those that might not know, this is the “cry it out” method.)  He outlasted me.  It’s no surprise, really.  His atypically-developing brain just didn’t know how to do the sleep thing.  Plus, the armchair in the hallway was super uncomfortable and after three weeks straight, my back was crying "uncle".

So we medicated him to get him to go to sleep.  (Staying asleep is a whole other story. We resorted to taking turns sleeping with him.)

It’s funny, though.  Now that Conor has pretty much conquered his sleeping issues (for the time being anyway, knock on wood), I seem to have developed my own.  His disability generates a lot of things for me to worry about, I suppose.  And the only free time I seem to have is in the middle of the night.

And so, for more nights than I can count, I wrestle the insomnia bear.  I lose more often than not, but occasionally, I beat the bear.  And the next time I don’t?  Well, I guess that’s what Visine and sunglasses are for.

And coffee.  The nectar of the gods.