Get The Purse, Conor. No, The Other One.

My husband is a generous man.  As a matter of fact, that’s one reason why I married him.  That, and he has a really cute ass.

So, birthdays and holidays (even the Hallmark-made-up-holidays) are a big deal in our house.  He likes to take the boys out on a jaunt to pick out gifts for somebody’s birthday or whatever holiday is coming up so that they learn the same spirit of generosity. 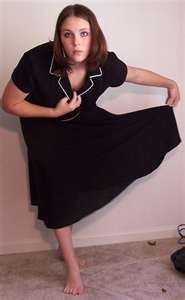 Frankly, I could care less about Mother’s Day.  Every day is Mother’s Day around here (these kids just don’t take a hint and leave me alone already) and I feel the love all the time. 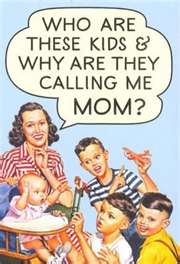 But it’s a good excuse for my husband to take Conor into the community and help him learn the social parameters of gift giving and to work on learning about a budget.

Conor, of course, had his own idea.

See, Conor (as I might have mentioned once or twice) is obsessed with calculators.  After Jim broached the topic of Mother’s Day gift-buying, Conor requested his iPad on his precious, hard-earned Treasure Chest time.  He hid under a blanket.

Usually if he goes off by himself with the iPad, he’s looking at pictures of Beyonce or trying to surreptitiously download entire albums of songs.  Usually of songs by Beyonce.
Not this time.  This time, he was on Amazon.com, and he had hit the motherload.

“Dad?” I overheard him ask, “can Conor buy this calculator for Mommy for Mother’s Day?” He tap-tap-tapped on the screen.

One that makes a very satisfying ker-chunk ker-chunk ker-chunk sound when you hit the + button. (My dad’s an accountant so I think Conor inherited the love of the sound. It IS a cool sound, except when you’re totaling up the bills you owe.)

“Conor,” said my husband, “that’s too much money to spend on a gift for Mom.  We’re only spending $25.  We can go to the store tomorrow.”

OH NO YOU DIDN’T!

You did NOT just tell Conor NO?!?

I thought the poor kid’s head was going to explode.  The gnashing of the teeth commenced. He didn’t have a tantrum, but I tell ya, it was a close one.  It took a good hour or so to talk him down off the ledge.

“Mommy might not want a calculator, Conor,” his weekend therapist said the next day, trying to reason with him.  “Do you think that Mommy really wants a calculator?  Or maybe she’d like something else?”

(A pair of earrings, I mouthed at her behind his head, pointing at my ear lobes.  Earrings.)

“Maybe Mom would like a pair of earrings?” she asked.

And to Conor, who simply lacks the capacity to think about what someone else might want, this was incomprehensible.  He just can’t fathom why anyone would want to buy anything else.  He loves calculators, he wants to buy a calculator. (And let’s be honest, he would use the calculator, wouldn’t he?)

Well, Conor, it IS a pretty awesome calculator.  It’s eighty bucks, it has to be.  But I’d still rather have a pair of earrings.  Or maybe a new purse.  If you can convince Daddy to spend the eighty bucks, dude, get the purse.

One of the most adored accessories that you can see women use is a clutch purse. handbag Better purchase a classic black ivory or white clutch purse that will last for years.

My name is Mrs.Aisha Mohamed, am a Citizen Of Qatar.Have you been looking for a loan?Do you need an urgent personal loan or business loan?contact Dr James Eric Finance Home he help me with a loan of $42,000 some days ago after been scammed of $2,800 from a woman claiming to been a loan lender but i thank God today that i got my loan worth $42,000.Feel free to contact the company for a genuine financial service. Email:(financialserviceoffer876@gmail.com) call/whats-App Contact Number +918929509036

try our suggested products luminous geometric backpack for men and women! Student School Bags For Teenagers! Grab your Luminous Unique Holographic Geometric Backpack while you can!