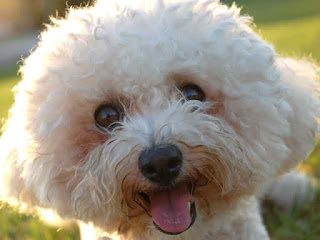 First of all, I had no idea the old OT left, which tells you about my lack of supervisory skills concerning my son and school. Maybe they told me and I forgot. Or maybe they neglected to tell me. Who knows?

( Occupational therapists help people improve their ability to perform tasks in their daily living and work environments. They work with individuals who have mentally, physically, developmentally, socially or emotionally disabling conditions such as autism.)

The new OT was very peppy. Like a Bichon Frise.

"I love working with Conor, he's so much fun! I'm excited that he's accomplished all his objectives on his IEP, so we thought we could discontinue pull-out services and just accomplish whatever we think he needs in the classroom. How do you feel about that?" she gushed.

Gee, I don't know, how about setting new, more challenging objectives instead of a radical change because he met the old ones? The kid can't even tie his shoes and, when he writes, his Rs look like Vs.

And even though Conor's not the most self-stimulatory kid, he benefits a lot from his work on the various swings and balls. It helps to reduce his anxiety. He also needs work on his core (he has hypotonia in his chest and abdomen as well as in his arms).

I don't know. Do I really need to decide, here on the phone, in the next five minutes about therapy my son needs? Couldn't we talk about it with the rest of the team?

In the IEP meeting, perhaps?

Maybe this is just another misunderstanding on my part. Maybe she's not saying to go from OT once a week to "as needed". Maybe all she's saying is that his services should take place in the classroom. Really, I'm sure that's just what she's saying.  I think.

I'm trying not to freak out because I've freaked out before and then been embarrassed. But freaking out is one of my core skills, so I tend to do it a lot. I'm really, really good at it. I list it under "Special Skills" on my resume.

So, I do what I always do in this type of situation.

"Um... you'll want to talk to my husband about this?" I replied. "He's unavailable right now, but I'll have him call you right back."
I have three very good reasons to punt this flaming football in his court.
1) Jim does not freak out.

It's annoying how good he is at this. It's awesome when we travel, though, because we totally get upgraded all the time.

2) Jim knows more about OT than me.

When we did OT in our home for six years, Jim spent each hour with Conor and the therapist actually assisting with the therapy. So he knows the ins and outs of it much better than me. He knows Conor's weaknesses and strengths in this area.

I happily acquiesced occupational therapy sessions to my husband a long time ago (one less thing for me to worry about) and didn't mind at all that the therapist was a beautiful blond, way super nice, and talented at her job. No, didn't mind at all.


There, I said it. Call me lazy, call me crazy, I just didn't want to agree to a plan of action that I hadn't completely thought out, brought to me by an unexpected phone call from a woman I had never even met and didn't know existed until five minutes ago. (Well, I knew she existed, I just thought she was someone else.  Oh, never mind.)

Well, that, and I just didn't want to deal with it. 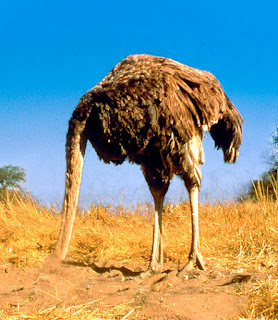 She cannot change those services outside of an IEP meeting. It is an IEP team decision. She can certainly give you a head's up as to where they are thinking of going, and I think that is a professional courtesy. However, the decision of where services occur is an IEP meeting decision.

I believe that was her intent; to try to give us a head's up and see how we would feel about the whole thing. I just don't want to deal with any changes. Conor's been out of the NBU for, what, 7 months now and I'd love for some continuity for awhile before we change things. Plus, I think he benefits from the hour a week of dedicated OT time. We'll have to talk to our former OT and see what she thinks. Thanks for the advice!

Did you just call me beautiful, nice and talented all in the same sentence? I'm flattered! More importantly, I'm just waiting for contact information to speak with the school and see when the last OT evaluation occurred. My first question to Jim was "how about new goals for him to work on?"
Holly

Absolutely, Holly, because you are all of those three things. We appreciate you helping us out with this. See you on Friday the 18th!