(My husband would like a shout out that he made dinner the night of the following story.  It's so awesome that he cooks.  Studies show men who cook dinner get laid way more often than men who just sit on their butts.)

At dinner last night, Conor spewed on my bare feet. Opened his mouth and from it poured forth a liquid projection of monumental proportions.
Not near my feet, not in the vicinity of me, not toward my feet.  No.  ON my bare feet. Squishy.

In all fairness to Conor, he puked on my feet, on the floor (duh), and even a little bit up the side of the kitchen cabinet.  With fourteen hours left to go until school starts again, it seemed a fitting end to a very trying summer.

As I cleaned up the goo off the floor with the old, tattered beach towels my husband had grabbed from the dog's crate, all I could think about was-- 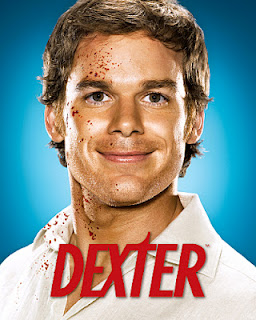 Yeah, that's right.  Dexter.  And spatter.  That's all I could think about.  Spatter patterns.

(For those three people who don't have Showtime, Dexter is a seasonal mini-series about a serial killer. Dexter's adopted dad discovered his, shall we say, predilection when he was young. Instead of, you know, getting him psychiatric help, his cop-dad taught him to direct his murderous instincts toward eradicating our world of other very bad individuals.  Other serial killers, murderous drunk drivers, rapists, child molesters, and people who don't like puppies.  So, as his day job, Dexter became a blood spatter pattern analyst for the Miami Metro Police. He likes blood. He can tell you how it got there.  If you are not squeamish, I highly recommend it.)

Hmmmm, so what does this middle-of-dinner spatter pattern tell us, I asked myself?


Doesn't smell.  Food barely got to his stomach.
Whole blueberries.  Food didn't get chewed.
Mostly liquid. Drank about a gallon of cranberry juice.
Made it to the fireplace hearth.  I give him a "10" for distance.

Ok, first of all, don't go all "ew, that's gross and I-can't-believe-you-wrote-that" on me.

Having a child with autism is kind of like going through medical school.  After awhile, you're immune to all the poop, pee, vomit and blood that your spawn can put forth.  At 13 years-old, mind you. (Can't wait for the semen to start. Yeah, ew.) This ain't no baby vomit, is all I'm saying.

I didn't even BOTHER to wash my feet off until I finished cleaning up most of the goo.  Boo-yah.  That's how I roll, baby.

Second of all, he's not sick.  He's done this many times before, but with much better aim.  And, usually, a big bowl. 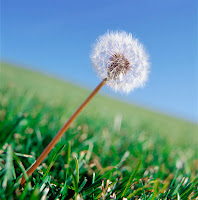 Let me explain.  When Conor was inpatient at Kennedy Krieger Institute's NeuroBehavioral Unit, they put him on a food protocol.

My boy, well... as I've said before, he's food restrictive.  He doesn't like to eat a lot of different foods.  He won't eat meat. Or eggs. Or fish. Or fruit.  Or vegetables.

For years, due to a milk allergy, he was vegan too. Plus, we did a special diet to help get his gastrointestinal issues under control. Gluten-free, casein-free, soy-free, corn-free. (Yes, it helped. People always ask.)

For a brief moment, we tried to add sugar-free as well, but that left him with only dandelions to eat so we abandoned that. (Seriously, dandelions are fine for the French but we're American. We smoke weed, we don't eat them. Except in brownies. Not that I would know, officer.)

So, long story short, he has a "non-preferred foods" protocol.  The goal is to try to expand his food selections and increase his tolerance.  The result is to torture my husband and me.

Forget meat.  I have no problem with Conor being a vegetarian.  I mean, I love bacon more than I love my wine, but if Conor doesn't want to eat it, I'm not going to force him. So we settled on protein sources like nuts, seeds, and brown rice, and agreed to fruits and vegetables. (Shout out to http://anilia-hornsby.healthcoach.integrativenutrition.com/ for her help with all this.)

Before lunch and dinner, Conor must take 25 bites of "non-preferred" foods. We only do this at home and at family members' houses.  (We do not attempt this at restaurants. Can you imagine?) Conor asks us to keep a tally of the bites.

And thus, the vomiting was born.  To get through this twice-a-day ordeal, Conor takes his non-preferred fruits and vegetables like medicine.  To be honest, he's actually quite fine with nuts and seeds, particularly sunflower seeds.  They're salty and crunchy, an acceptable food group for Conor. (And for school, I make sure I include foods that he doesn't prefer but don't cause him to projectile vomit. They've got enough to deal with.)

Start burping. Add some farting for good measure (why not?), and stir.

"Conor, do you think you're going to throw up?" I asked.  Inquiring minds want to know if they should get a big bowl ready.

Once Conor spews and we get the whole thing (and him, of course) cleaned up, he sits back down at the kitchen table.  And he continues his non-preferred foods protocol until he has completed all 25 bites.

We don't want Conor to learn that if he vomits, he gets out of completing the protocol.  That would be rather unpleasant for everyone concerned, don't you think?

I also know that he's not doing it on purpose.  And he's not sick. The combination of not chewing the food correctly, gulping enough air to fill a balloon, and then adding a gallon of liquid on top of it just naturally leads to him, metaphorically, blowing a gasket.

The whole protocol sounds awful, I know.  But every time a piece of carrot or a blueberry gets popped into his mouth?  I feel like a winner. Antioxidants!  Vitamin C!  Fiber!  Take that, food restrictive behavior. Whoopee!

We just have to teach him how to not blow a gasket.

Story of my life.