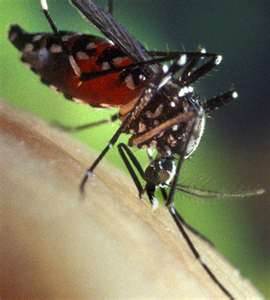 Last night, my husband and I switched out the nightstands from our master bedroom and the guest bedroom. Ours were quickly becoming more shabby than chic, and we don't have many guests since Conor regressed anyway.

While I was cleaning my old one out, lo and behold, I found two books that I hadn't seen in years. For some odd reason, I hadn't put them with my tower of autism-related books in my office.

(Ok, ok, clearly, I'm no Sherlock Holmes. I mean, seriously, it's the nightstand. Whatever, I'm disorganized, leave me alone.)

The first, Born On A Blue Day by Daniel Tammet, is a fascinating autobiography by a young man with Aspergers who can learn a new language in a week, recites Pi to more than 22,000 digits, and has synethesia. (He sees numbers as shapes, colors and textures. Fascinating.) He also struggled for years with his autism and finding his way in the world.

The second, Setting Limits With Your Strong-Willed Child: Eliminating Conflict By Establishing Clear, Firm and Respectful Boundaries by Robert J. MacKenzie is... well, it's pretty self-explanatory, don't you think? It's not autism-specific, but I guess I was grasping at straws.
After my initial little crow of delight (caw caw!), I glanced again at the books and thought--that's it. That's it in a nutshell. These two books say it all.

These books are emblematic of both my search to understand my son and what goes on in that miswired brain of his, while, at the same time, trying to shape his behavior so that he's able to be fully integrated into our community.


You know, the basics--
why the hell is he doing that and how can I get him to stop freaking out?

After my Trick Question post, I received a comment from a reader, who actually thought Conor's request to download a video on my brother-in-law's computer was communicating a desire to belong. She came to this conclusion after watching the Cyndi Lauper video, and felt, quite strongly, that we should let Conor watch and listen to the video. (You can view the comment by clicking on the orange link over there. Yeah, Mom, that one, at the beginning of the paragraph.)

After more than a decade of coping with my son's autism, I can honestly say that Conor's request has very little to do with that specific video.  Conor downloads and watches many videos on his computer, from Ruby Summer's I Can Do What I Want to the Dixie Chicks' Not Ready To Make Nice, from Michael Jackson's Bad to Rihanna's Shut Up And Drive.

(Wait a minute...  Is he telling me he can do what he wants and I should just shut up and drive the car or something bad will happen?)

We've offered to let him download the video on his own computer here at home, and he has declined. It's no longer about control, since he lost that fight a year and a half ago when he was placed on the NBU. He knows he's not allowed to download songs except on his own computer.

(Why, you ask?  Why can't he download a video on someone else's computer? That's for a different post. Let's just say that if you are a tax accountant and you find a client's monumental tax return that took you hours to complete in the computer's electronic trash can? Ooooh, baby. Conor does more than just download videos, and it's impossible to watch him every second of every day.)

Look, I know he was distressed when he wrote this note.  About what, only he knows. And he can't say. That much we know.

However, he IS trying to find a way to soothe that distress by indulging in an obsessive activity, i.e. downloading a video on his uncle's computer. (Perseveration in autismland.) The particular video itself is inconsequential, although he does get stuck on (perseverate, say it with me) specific videos at times.

Experience, though, is a very effective teacher, and we have learned (the hard way, admittedly, I am not a star student) that giving in to these obsessive requests does not soothe his distress. It may help for a minute or, quite frankly, it might not help at all. Because you still don't know the root of the distress.

Whatever is bothering him, giving in to this obsessive activity will not help and it could actually make the problem much worse by scratching that itch.

See, it's like this. You've been bitten by a mosquito before, right?  If you do your best not to scratch it, it may very well go away quickly.  Put some hot water on it, rub a salve on it, slap a band-aid over it, have your grandma give it the evil eye and--poof!--it goes away.

Not without some itching (and, if you're me, bitching), but it goes away.

But scratch furiously at the mosquito bite?  It only itches more.  So you scratch it more.  So it itches more.  And then you put some Caladryl Clear on it and it works for a little while but then it itches itches itches so you scratch scratch scratch it.  Until it bleeds. And then it hurts, so you rub it and it still itches a little more, so you scratch the scab off and it bleeds some more.  So you pick it some more.  And then your mom gets pissed because you've gotten blood all over the carpet and...

So what does a person do?

Currently, we're trying a cocktail of speech therapy to improve his expressive communication and identification of emotional states; a calming salve of behavioral relaxation techniques, headphone-listening (Beastie Boys a current favorite, I kid you not) and other age-appropriate calming strategies; structured behavioral protocols; and modifying the environment (within reason).

This is, of course, a different type of cocktail than I use as medication to soothe my anxiety.  But to each her own.

I can't remember a damn thing from Setting Limits With Your Strong-Willed Child after all these years. But I can tell you that Conor is never, ever, ever getting back together with Uncle Jeff's computer.

Ok, the actor even looks like Jake Gyllenhaal.  And is Taylor Swift a plushie?

For our kids with ASD one behavior can have different meanings behind them. The tricky part is learning by trial and error. They are so smart and can easily pick up on something new. For them once they do it a certain way, this is the way it always is in their heads. Concrete and literal. Also what works for one kid may not work with another. They are individuals and any person who has given up their own hopes and dreams to help a child be the most successful they can be deserves a huge pass and someone just needs to say, "we know you are do the best you can and that is all you can ask". I have stumbled on many "never, evers" with my son.. I am sure there are more to come!