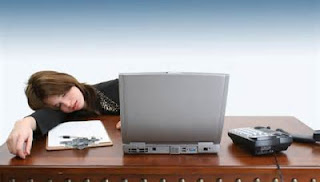 Bleh. Just... bleh. Which is slightly worse than meh but not quite as bad as blech.

Maybe it's because we started working with a new behaviorist a few months ago (ok, February but what's it to you?), and it's just been so much work. Meetings and observations and social stories and data collection and training and additional protocols and managing his behavior and and and... God, it's just so much.

Or maybe I'm just a lazy-ass good-for-nothing bon-bon eating wino stay-at-home mom who'd rather read Sarah Vowell's Assassination Vacation than do something productive like writing a blog that nobody reads. (By the way, Sarah Vowell rocks.)

Wait, give me a minute, my butler's serving me a cup of coffee. 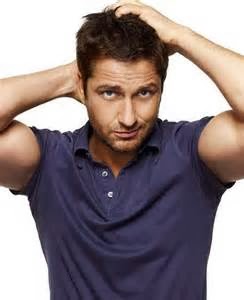 Ok, that's Gerard Butler, not a real butler, but me-ow.

Oh, right, my general sense of malaise. I go through these spurts every once in awhile. (I said spurts, tee hee. I'm sorry, but that's a really funny word.) It usually happens when I feel completely and utterly overwhelmed by my son's disorder.

It's just... with Conor, with his autism, there are so many things big and small to work on and the list seems interminable.

For example, recently, our behaviorist gave us a checklist of social skills and asked us to rate where Conor stood on them--mastered (does it all the time without prompts), sometimes (needs prompting), and never. The number of 'never' items hit me like a pound of bricks. (See? See how I avoided the cliché 'ton of bricks'? I'm really clever like that, and besides, a pound of bricks still really hurts.)

I don't know why, I shouldn't be surprised as impaired social interaction is at the heart of the disorder. But still...

And then, I realized that some items I had marked 'mastered' he clearly hadn't mastered.

Like, I had noted that he had mastered the social art of saying "excuse me" when he bumped into someone. In the past, I've seen him say it appropriately and consistently, and, in my mind, I checked it off. So I checked it off the behaviorist's list. Then, over the course of the next 7 days, I watched Conor bump into--or cut in front of--numerous people, and he did not say "excuse me" once.

Now, you may find yourself thinking--no big deal, why is that a big deal? Such a meaningless nicety when we've got more challenging things to work on.

Well, I'll tell ya, people are remarkably offended when Conor runs over bumps into them in his haste to get to wherever it is he's going.

See, as one mom remarked to me many, many years ago, Conor doesn't even look autistic! (I have no idea what that means, but that's what she said.)

So people don't know he has a disability when he's desperate to get to the coolest gingerbread kit he can find at Target.

All they see is an auburn-haired, husky 14 year-old with big blue eyes running them over on the way to the Seasonal Rack of Kitsch.

And some of the time, they've got somethin' to say about it. (Not that I blame them. He's a big kid.)

On a rare occasion, I'm all "fuck you, Kanye, he has a disability, why don't you go buy Kim some new clothes already," but mostly I'm all "I'msorryhehasautismandhastroublewithboundariesConorsayexcusemetoMr.West" as I rush by in pursuit of my teen.

Hi Alisa,
Just wanted to tell you that I too,had one of those "meh days" today. My five year old son is on the spectrum as well. I've been following your blog for awhile now. You've made me laugh many times and cry a few times as well. I wish you well on this special needs journey.
-Nicole

Thanks so much for reading my blog. I appreciate your feedback, and wish you well on your journey, too.